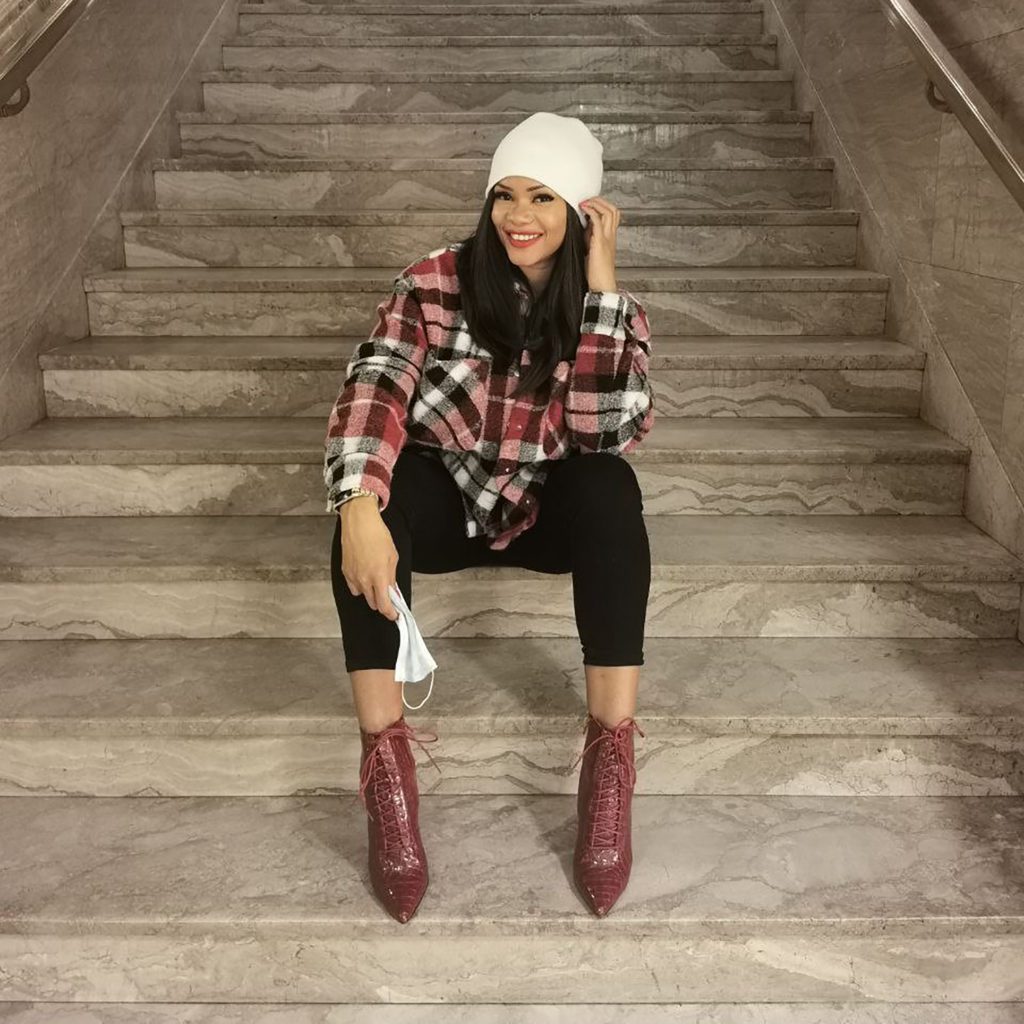 by Her Time Vancouver

During our session in January with Her Time, we heard from Eboney and Nikki; they were so brave to share their experiences with us. Anisha and Sandy from Her Time have given them a platform to share their story and help other women involved in organized crime and gangs. Today, I am so honoured to pass the blog off to Eboney to share some of her lived experiences with organized crime and how she ended up winning the Canadian National Athlete award in 2012.

My name is Eboney Chipman. I was born in Nassau, Bahamas. In 1989 I moved to Vancouver, BC, and that is where I currently reside. Growing up, I had a really good childhood, and I was raised in a household with three older siblings, my mother and stepfather. I had a great life growing up. I went to school, I didn’t drink, I didn’t smoke, I didn’t skip classes, so it came as a surprise to many that at 20 years old, I started stripping. The club I worked at was frequented mainly by high-level businessmen and high-level gangsters. I had a boyfriend at the time, and he was doing construction on homes but decided that he wanted to be like everybody else, and he started selling drugs.

One Saturday afternoon, my ex-boyfriend asked me if I wanted to go with him across the border. I said no because while I knew what my boyfriend at the time did, I was never present to see any of it. He told me he would give me money to go shopping, and my “no” turned into an easy “yes.” The plan was to meet someone in the mall parking lot and do an exchange of drugs. We sat and waited there for quite a while with no word from this person. I started to get very annoyed as I just wanted to get out of the car and go shopping. Unbeknownst to him, this guy he was supposed to meet was stopped at the border and questioned in secondary. The gentleman that was supposed to come and meet my boyfriend had told the customs and border officers that he was supposed to come and meet my ex-boyfriend. During the time when he was being questioned, the police came and set up all around us without us knowing

I was arrested along with my ex-boyfriend and charged with “knowing of a crime and failing to report it.” I went through a lengthy court process and a lot of money to end up spending nine months in federal prison in the USA. After I finished my sentence in federal, I had to spend an extra two months in an immigration facility before being driven back to Canada.

Upon my return to Canada, I was extremely isolated and scared because I didn’t know how to put myself back into society based on the life I had previously lived. Living with my mother I had to get a job, so I got a job at a local gym and from there is where I got the inspiration to start competing in fitness shows. I was able to achieve professional athlete status by winning the Canadian nationals in 2012 which is a very prestigious honour not given to very many. By that time I had done a full reformation of character and I attempted to apply for a US entry waiver so I could freely travel back-and-forth to the United States. When I was sent home from jail I was told I would never be able to enter the United States again but after lots of hard work and lots of time, I was granted humanitarian status from Homeland security because I have changed so much since this incident happened. I now freely travel to the United States and it feels so reassuring to know that I can comfortably travel without the weight of my past stopping me.

Thanks for allowing me to share my journey on this platform!