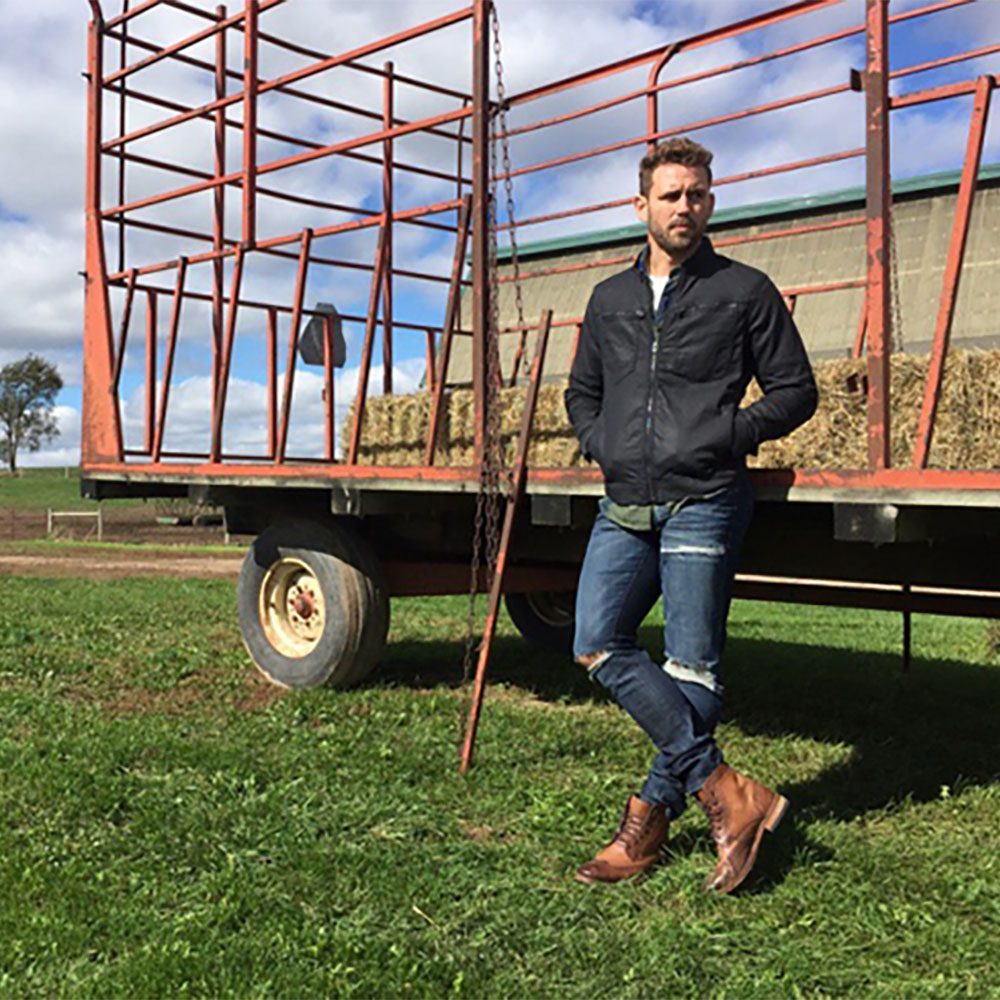 A Lesson from The Bachelor: Shit Happens … Literally

Last week on The Bachelor we had The Backstreet boys … this week we had … cow shit. Lol!!! Yup, I’m not shitting you (lol .. I can’t stop) … Nick brought the girls to his hometown to meet his family and he also put their farm chore skills to the test … some excelled … soooooome not so much. But before we dig too deep into that (pun intended) … let’s quickly recap on what happened at the beginning of the episode!! …

After last week’s bouncy castle shenanigans the girls decided to approach Nick about it and share their concerns about Corinne, starting with Vanessa … all while Corinne was sawing logs in her room … guess all that bouncing around tuckers a girl out!! LOL!! Okay … maybe I’m actually just a bit jealous of all the sleep Corinne gets!!!

Nick started to feel the pressure (this is when being in his position totally sucks!!!) … he knew that the other girls weren’t happy with his actions with Corinne and he had to have a little chat with Chris prior to the rose ceremony (as Corinne aggressively wiped the sleep out of her eye in the other room … LOL)!! Honestly, I remember that these little pre-rose ceremony pep talks with Chris were GOLD sometimes!!! 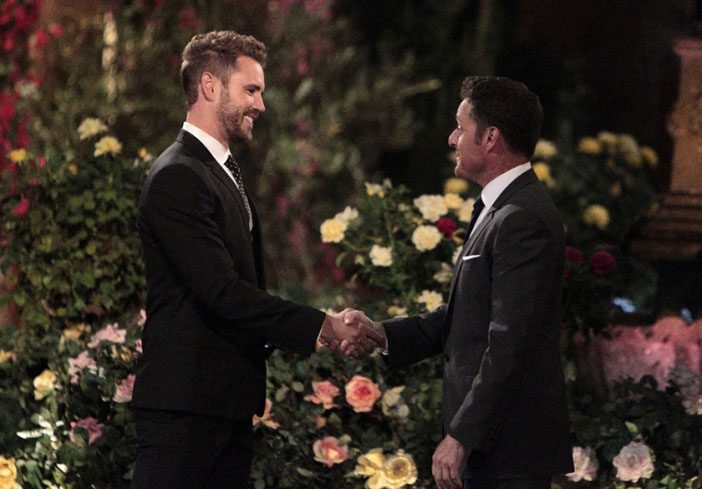 Buuuuuut turns out, even with the girls voicing their concerns about Corinne and Nick’s chat with Chris … she still got the rose … that doesn’t really come as a HUGE surprise though … I feel as though she’ll be around for a while!!! I mean, I’m SURE Nick is attracted to her but I can’t help but THINK the producers are making him keep her around …

Danielle L got the one on one this week … and they had a cute little date where they wandered around his hometown and ran into his ex … wait … WHAT?!?! Yes … they actually ran into his ex and had a little sit down with her!!! When I was watching this specific part with my cousins they immediately thought this was totally set up by the producers but I honestly don’t think it was!! What I THINK happened was they probably walked by and genuinely DID run into her and the camera crew missed it and thought that it would be pretty cool to add it in impromptu!! You’re probably sitting there thinking “Yeah right Jill” but I really do think that … my reason is (not to sound rude at ALL) but his ex looked very natural, she wasn’t all dolled up or dressed to the nines, she was very casual and looked like she was honestly just doing her day to day thing and then BOOM she’s on TV!!! LOL!!! I remember just how many people I would run into when filming for the show in Vancouver and it certainly was awkward at times!!! Lol!! So I can attest that it DOES happen and it’s exactly why I don’t think the ex run in was premeditated! Lol!!!

In all seriousness, though … how well do you think the Nick-erdoodle cookies pair with a cup of Joe?!?! … Anyone?!? Anyone?!?!! I’ve got a hankerin’ … 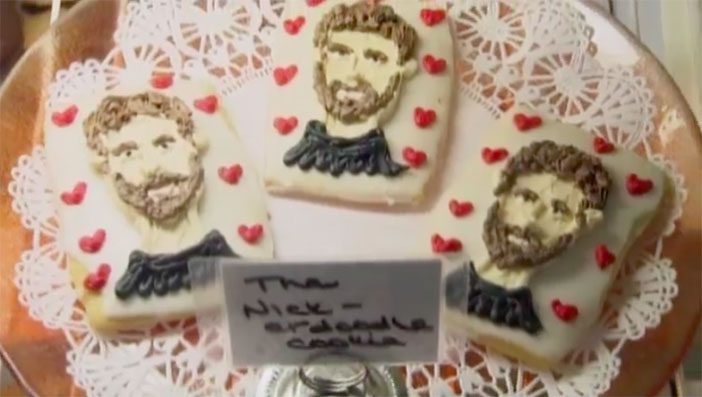 Then there was the group date … on a milk farm … where all of the girls had to feed the cows hay … attempt milking a cow and last but not least … shovel some shit. LOL!!!! 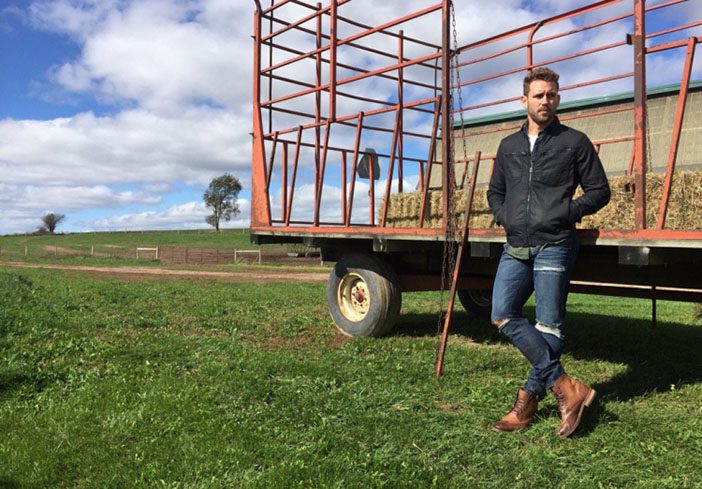 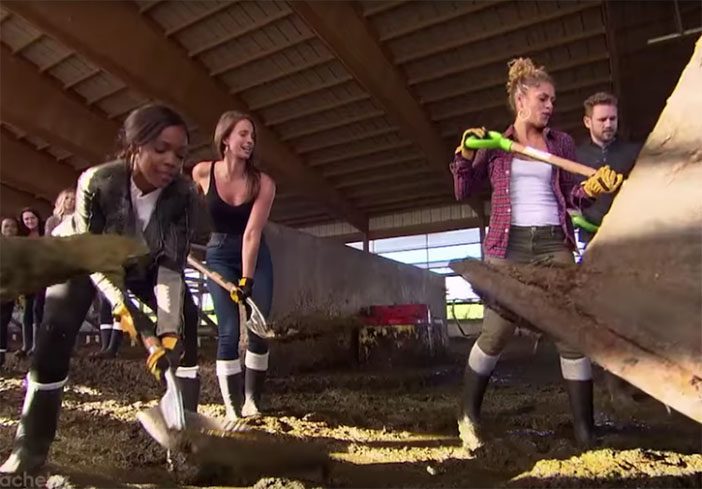 While MOST of the girls handled this group date like rockstars … there was ONE (surprise … surprise) who didn’t so much enjoy the flies or the manure … and her face says it all as she relived the “worst date she’s ever been on”!!! LOL!! Actually, the only thing she was concerned about on this date was her craving for Sushi … WTF?!?! 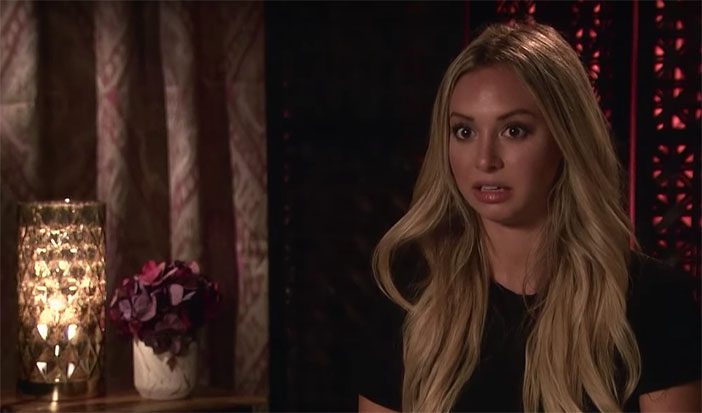 Annnd RAVEN got the second one on one date!!!! Eeeeepppp!! I liked her right from the get go but I was worried she was starting to fall a little behind and becoming overshadowed by the other girls so it was nice to see her shine (literally … that disco ball was doing the trick at the roller rink!!!) this episode!!! AND I’m prettttty sure she won over Nick’s ADORABLE lil sis!!! 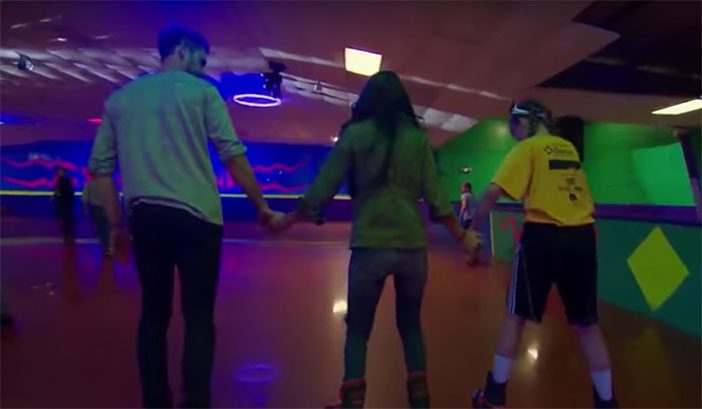 I just hope at the end of this, Nick looks at one of these girls the way the girl to the left of Nick looks at HIM … LOL!!!! Best. Photobomb. Ever. 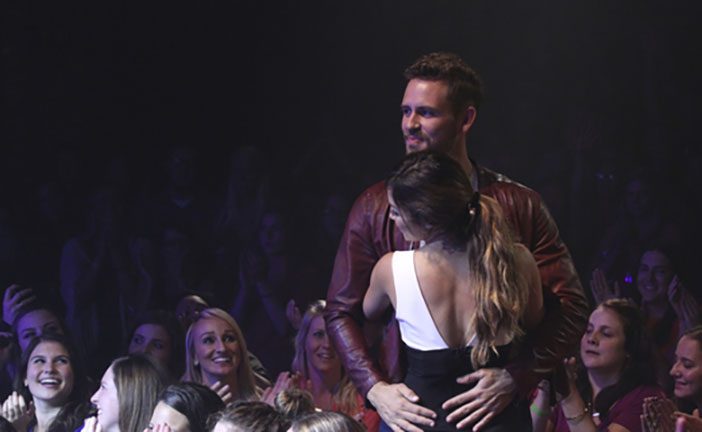 With that being said, I’ll leave you with a quote from Corinne to wrap this blog up … “We are fighting for a fiance, not a … pickle!!” … Mmmmm … screw the Nick-erdoodles … I’m headin to the fridge to grab me a pickle!!! Hopefully, Justin doesn’t get in the way … LOL!!!!

Until next week loves!!!

Pssssttt … speaking of all of these dates … did you happen to catch yesterday’s blog?!?! It’s filled to the brim with this (former) Bachelorette approved Valentine’s Day outfits no matter what you have planned!!! I’ve shared a few of them with you below … XOXO