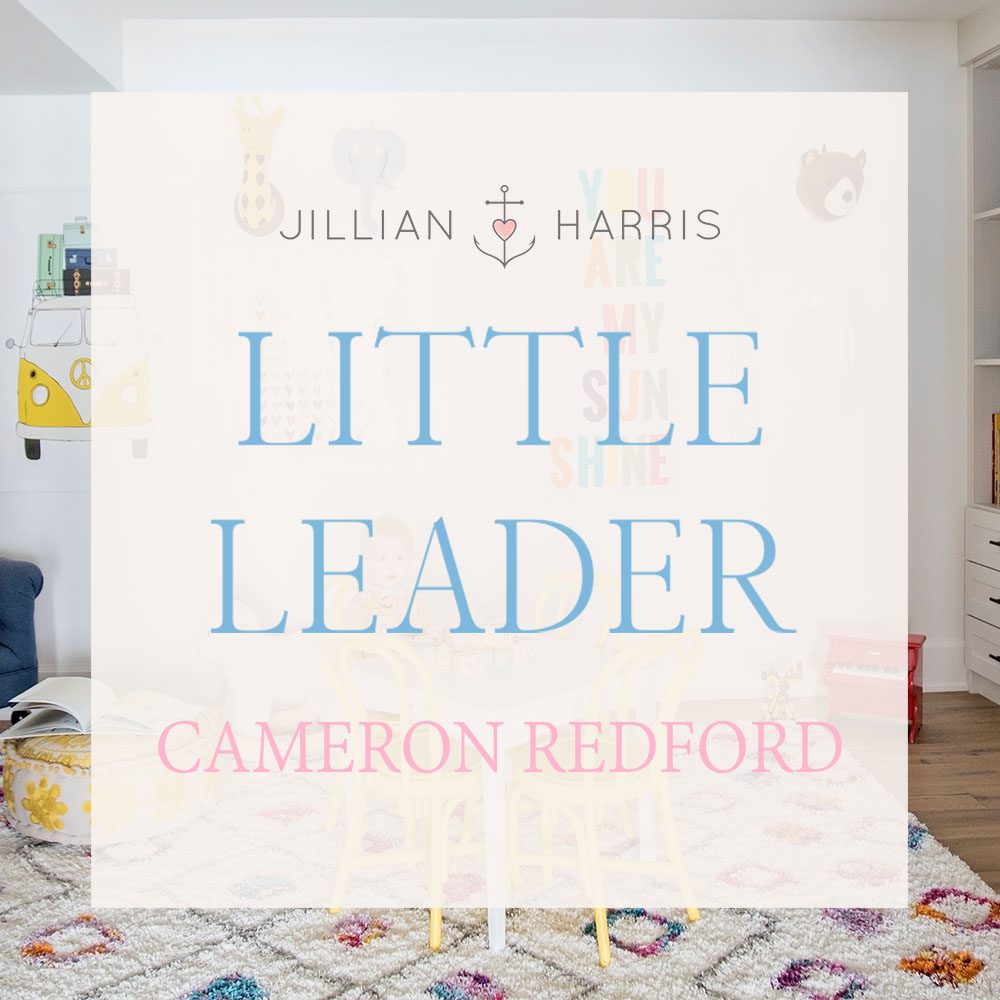 Hi Everyone!! As most of you know I started up the “Little Leaders” series last year to shed some light on the little shining stars in our communities and so far it’s been amazing to see the positive response come in from everyone in support of these uplifting blogs and the number of emails that we’ve received sharing stories of Little Leaders in YOUR communities!! Our goal for 2018 (along with many others!) is to keep sharing these incredible stories coming because I am SO proud of all the kids out there who are doing SO much good and I believe they deserve to be recognized!! I want them to know THAT WE ARE SEEING WHAT THEY ARE DOING and we LOVE THEM! Kudos to the moms, dads and support system these kids have in order to live with such compassion and empathy! The point of this monthly feature is to spotlight these special little leaders and help them with their efforts and hope to encourage other kids, youth, and families to follow suit!

So without further adieu, our “LITTLE LEADER” for the month of April is … CAMERON REDFORD! 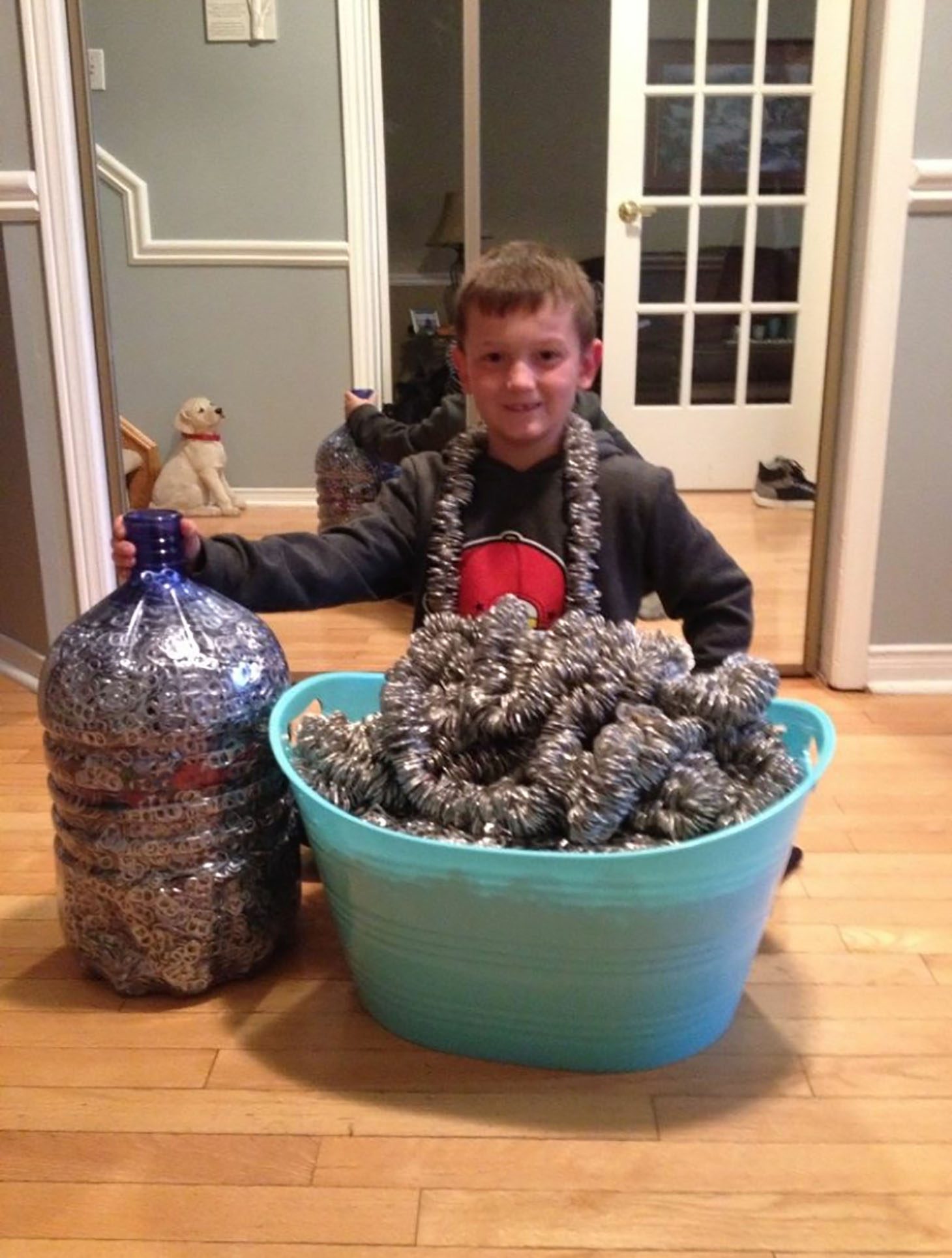 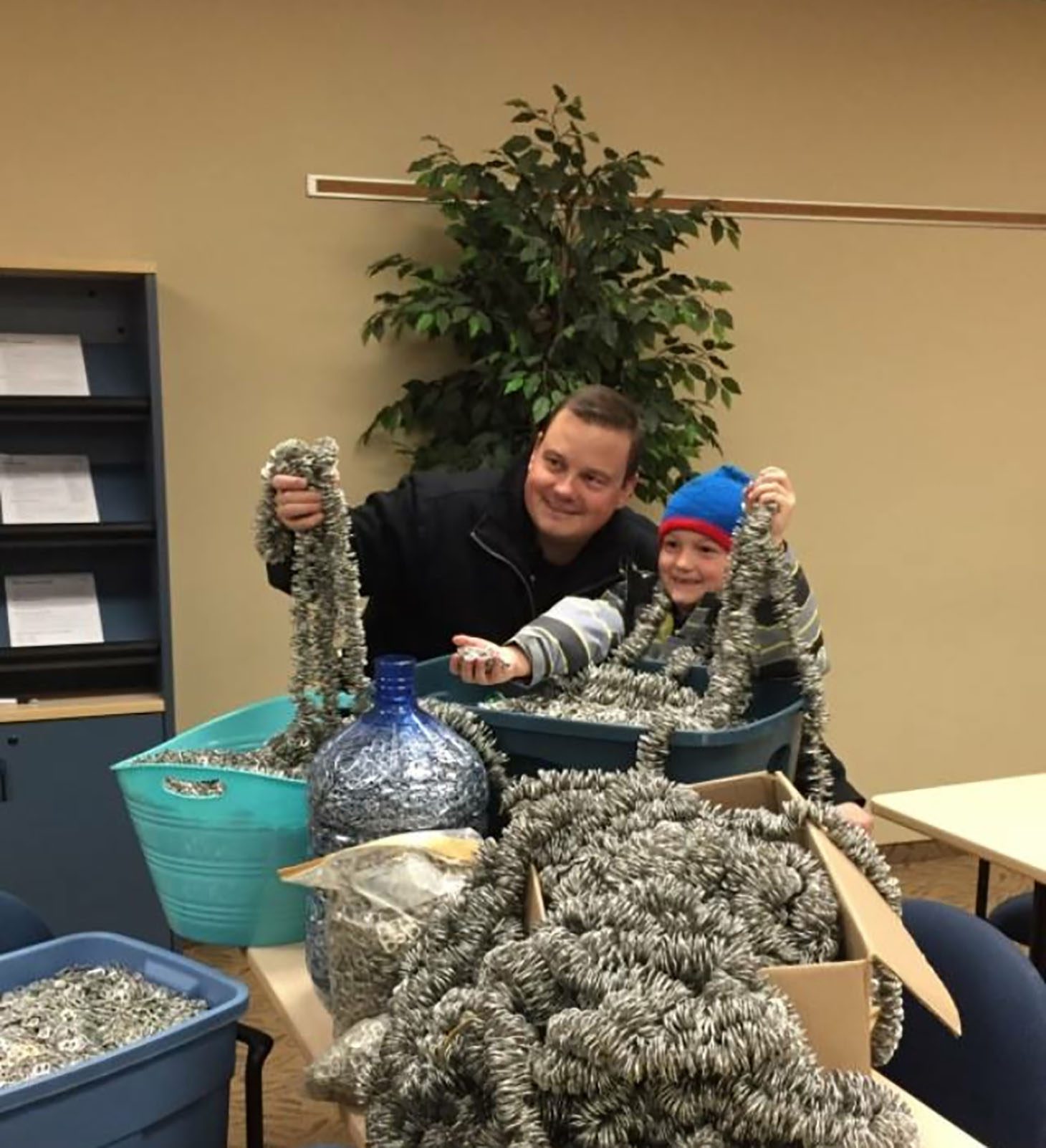 This is actually quite a unique story because it highlights TWO amazing young men, one being our Little Leader, Cameron Redford, and the other is the incredible young man behind Pop Tabs for Wheelchairs, Robert Hampson. Robert started Pop Tabs for Wheelchairs in the hopes to help children with disabilities by saving pop tabs and cashing them in and getting wheelchairs for kids who could not afford them. Robert was diagnosed with a brain tumour shortly after his 4th birthday and endured a surgery that left him blind, he was then treated for a second tumor at the age of 14 but that has not stopped Robert’s efforts to spread the love and help others with disabilities get the equipment they need to live their lives to the fullest.

We heard all about Cameron’s story from his lovely (and very proud!) Grandma, Marlene. She informed us that Cameron found out about Pop Tabs for Wheelchairs when one of his friends mentioned it to him, saying that they could be saved up and donated and used to purchase wheelchairs for children in need. Since then, Cameron has been collecting tabs within his own home and from his family members … he then started going door to door collecting tabs and now the pop tabs roll in from word of mouth! Cameron has been eagerly collecting them since the age of 7, he is now 11 years old and has officially teamed up with Robert Hampson and is now the drop-off point for Hamilton, Burlington, and Oakville areas. 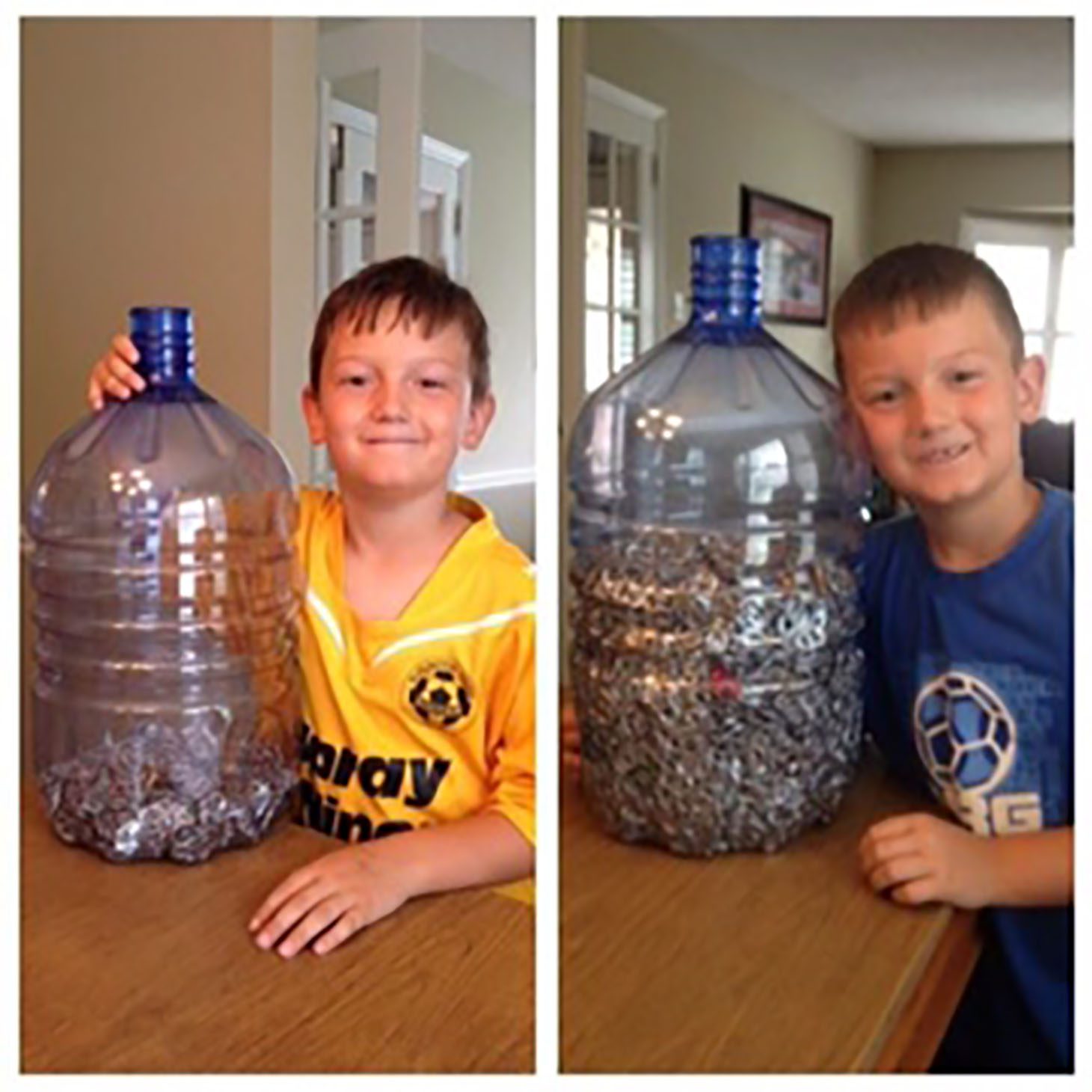 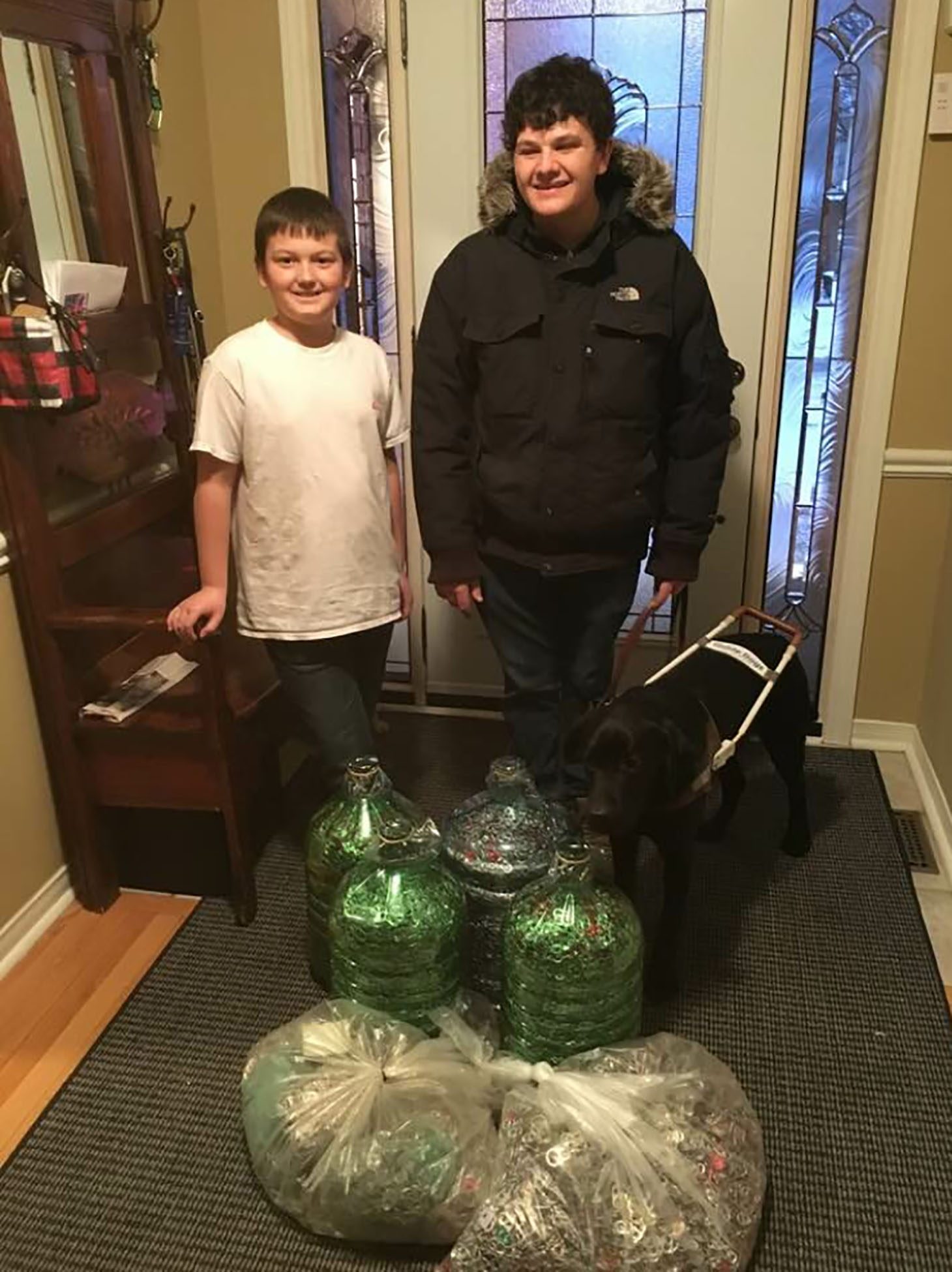 Cameron’s Grandma mentioned that he has one of the biggest hearts around and is always helping out at school (despite being bullied) giving a kind word of encouragement to a struggling pupil or playing with a child that no one else wants to play with. He is a drummer in the Ryan Russell Pipe Band and is known to be the one with a huge smile, always. Cameron is a Scout and is one of the first to step forward and volunteer his help. Around the house he is eager to help and loves baking with his Mom, chopping vegetables or blowing leaves in the garden with his Dad. In the winter, Cameron makes up care packages to hand out to the homeless in Toronto (our hearts are melting!). It is said that if you are feeling down, Cameron will be the on to cheer you up and to put a smile on your face. His mom always says that he is a child with a glass half full, never half empty. 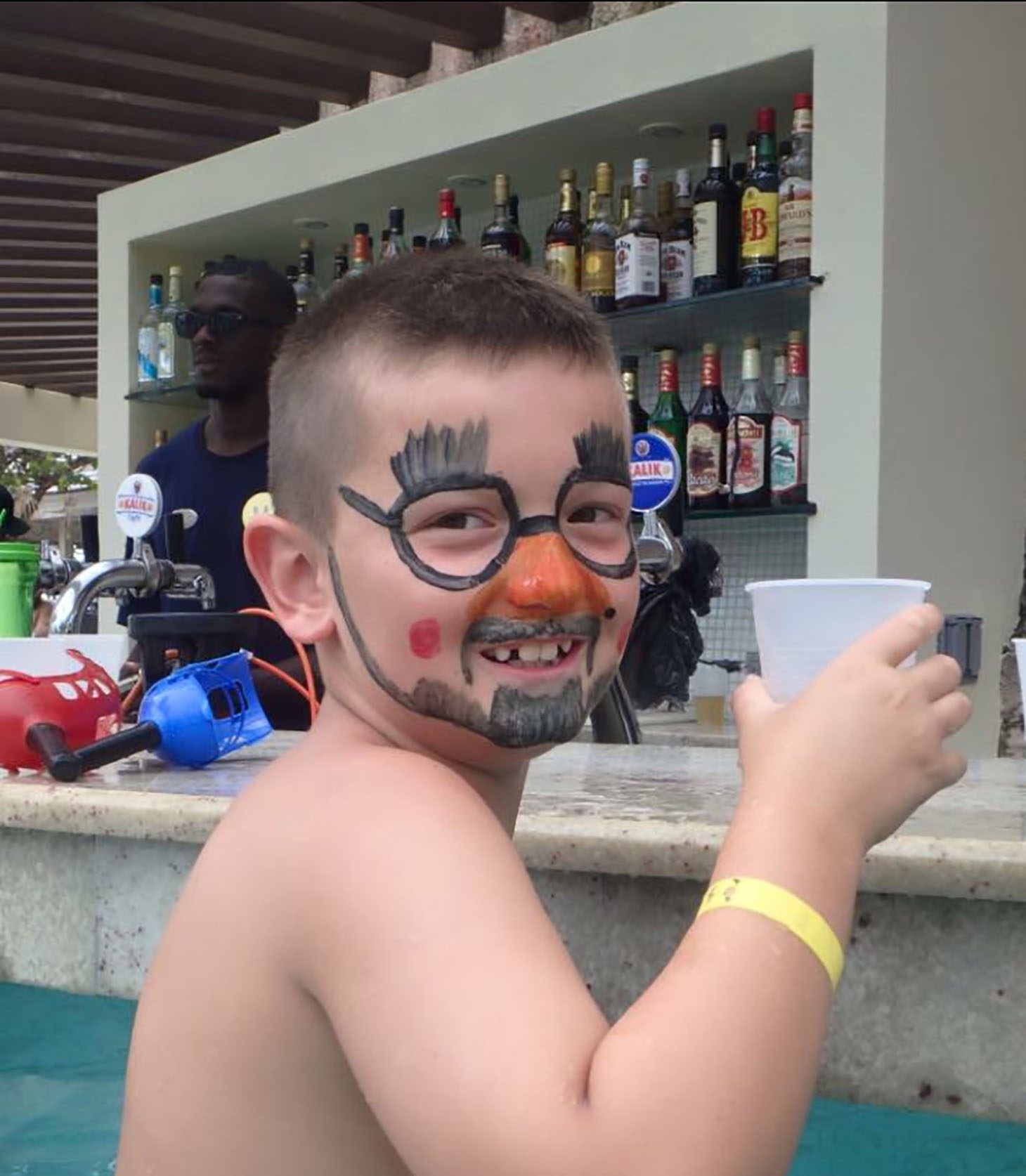 We are so INCREDIBLY proud of this young man and we’re so thrilled his Grandma reached out to us so we were able to share his story with all of you. On behalf of Team Jilly, we have made a donation to Pop Tabs for Kids in support of all of Cameron’s amazing efforts to this incredible cause. If you would also like to make a donation, please click here!

If YOU know of a Little Leader in YOUR community, make sure to send us an email along with photos to info@jillianharris.com with the subject LITTLE LEADER.