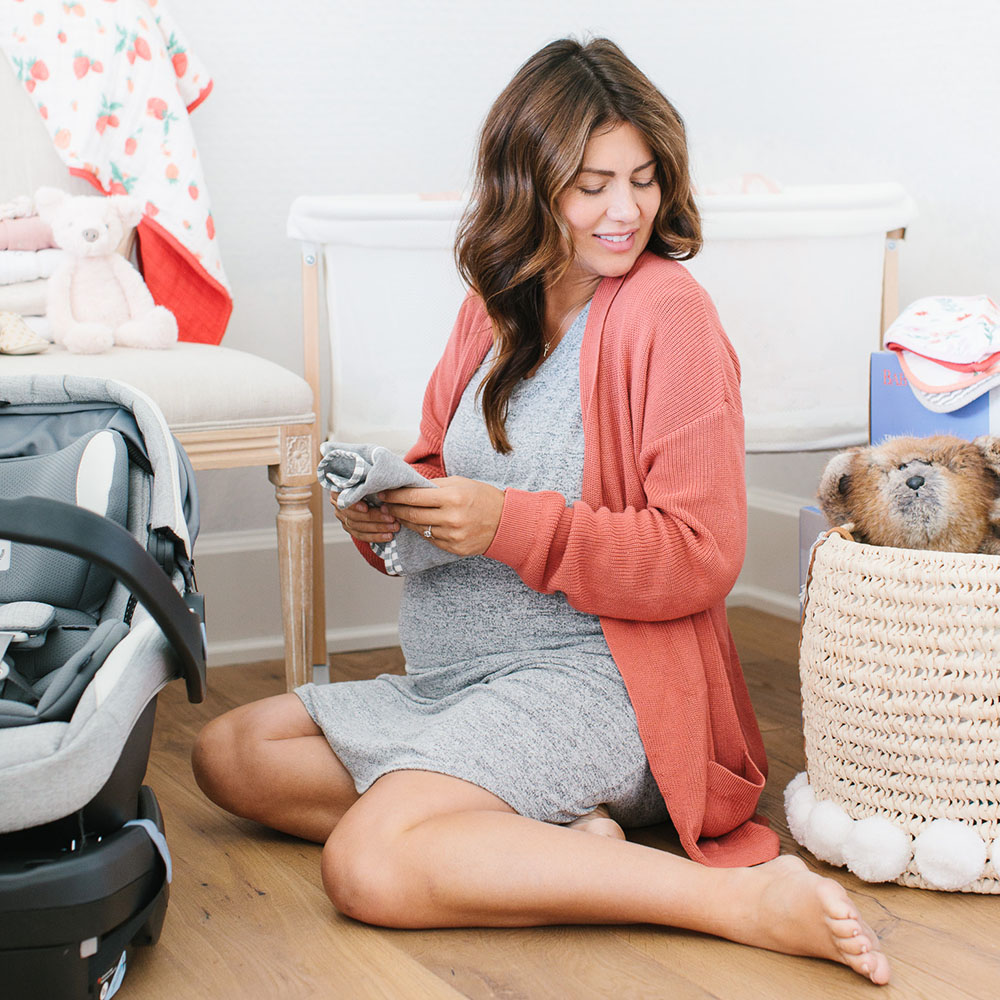 With baby girl on the way, I was DETERMINED to re-use as many items as I possibly could from Leo. In my mind, I thought we were pretty much set and ready to go for our baby girls arrival (check out this blog I wrote only a few weeks ago! LOL). But, it wasn’t until I started digging through everything, and putting everything away, that I noticed we actually gave A LOT more away then I had realized! I also quickly realized that, in fact, we need doubles of some items! Considering Leo is still in need of some stuff, I can’t really take it away from him to use for our baby girl! I have a feeling he’s already going to have his nose out of joint hahaha!

Thankfully, there weren’t TOO many extra items that we needed but there were certainly a few staple items that I had to grab!  While this came as a bit of a surprise, it actually ended up working out well as WestCoastKids reached out to us for a partnership PLUS they wanted to give back to Mamas for Mamas!! Double win!

The timing couldn’t have been better as Justin and I were taking a trip to Vancouver which allowed us to pop into their store on Main Street to stock up on a few last minute items! 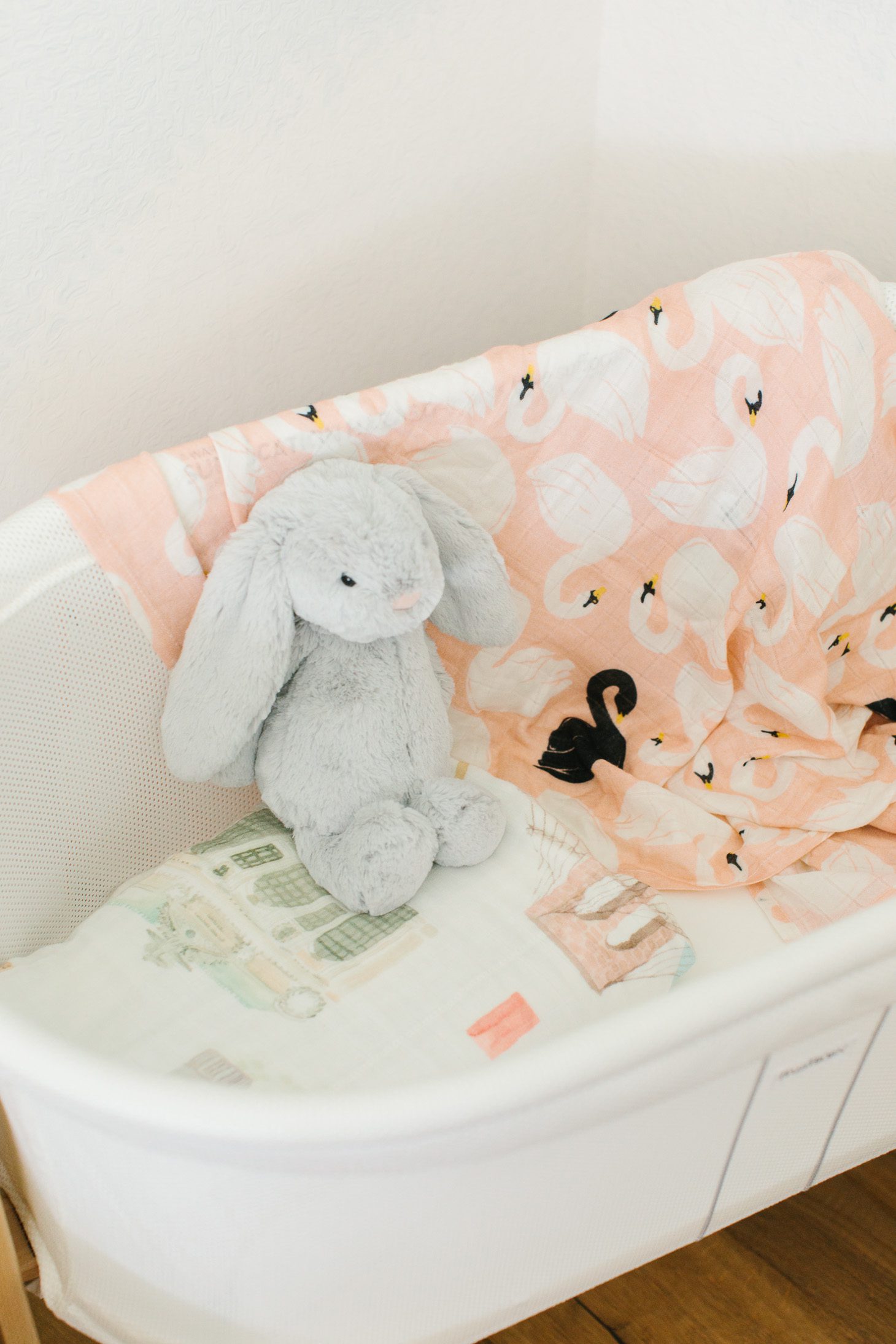 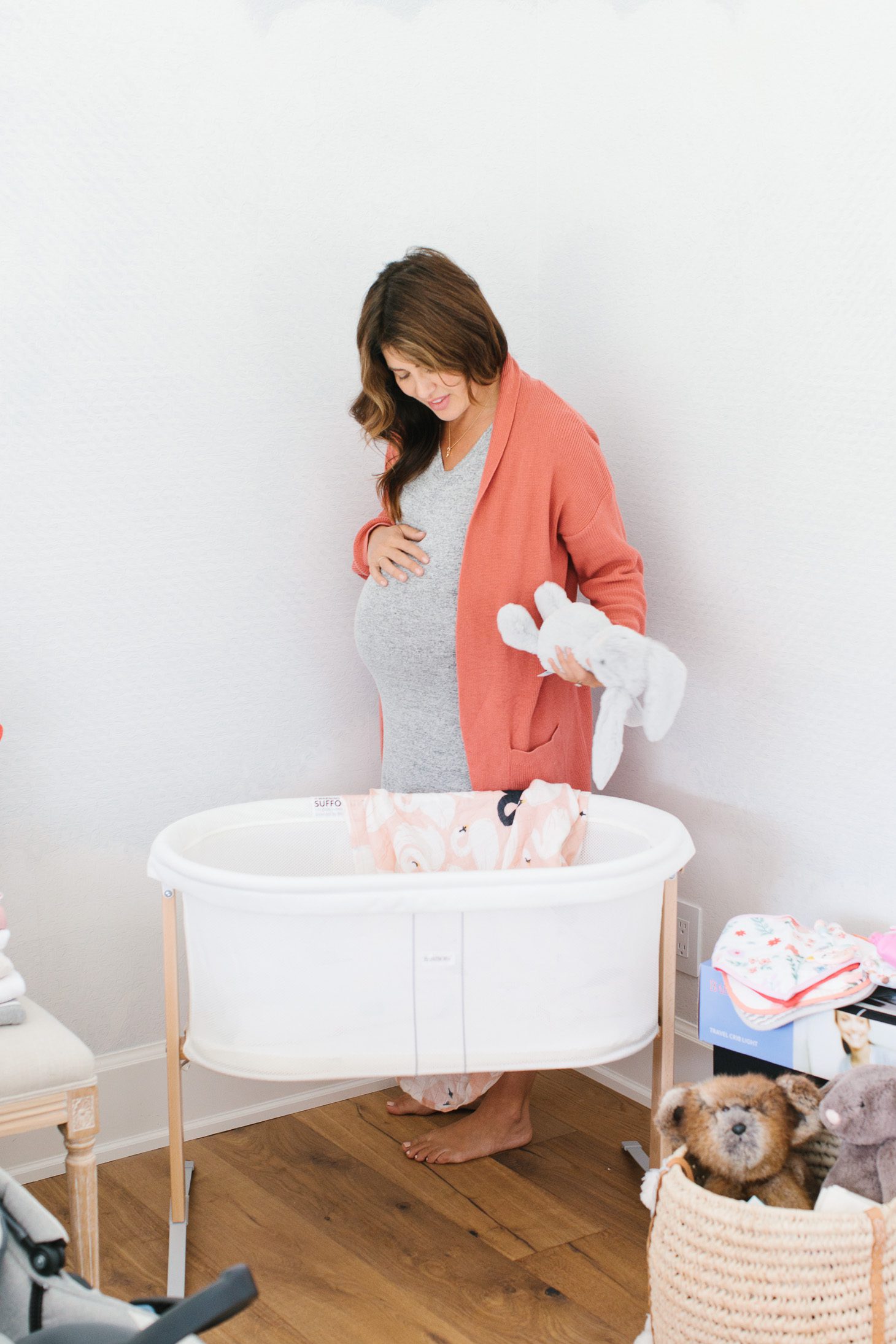 When we arrived at their store I was over the moon with how carefully curated everything was. The quality of the products was nothing short of amazing and their customer service was incredible. I felt like I could have spent hours roaming around their store checking everything out.

PRO TIP: Shop for baby WITHOUT baby #1 or any babies. We had Nacho AND Leo and I found it hard to concentrate … I REALLY want to go back on my own and just browse, ask questions and learn, there are so many cool products in there I haven’t heard of, and not to mention, they’re also Canadian and LOCAL!

I ended up picking up another bassinet, which I hope was the right move … Mamas … thoughts?? We had the HALO with Leo which was amazing because it was so high and RIGHT beside the bed … but I found it really heavy and bulky and you couldn’t bring it around the house. So, I did buy a Moses basket and rocker from another website … but while it is very beautiful … I’m wondering how PRACTICAL it will be, it seems to not be that sturdy??? So at WestCoastKids, I picked up the BabyBjorn Cradle and hope its the winning ticket!!

We also picked up another travel crib. Ok, you HAVE to trust me on this one. When we got pregnant with Leo, Justin researched for DAYS which was the easiest and best travel crib. We had an old Graco one for Charlie (our nephew) and Justin HATED putting it away so he was REALLY invested. Actually, we ended up with 3 of them before Leo was born, and I timed Justin setting up and putting away all three and the BABY BJORN travel crib won by a LANDSLIDE!! So, I thought we would more than likely need TWO of these with two babies still in cribs and the amount of travelling we do (not always at a hotel too) … or am I wrong?? What do you mamas out there do? I mean, I know Leo won’t be using his for too much longer so once he grows out of it, I will end up donating his to Mackenzie and Luke (the Team Jilly Photographer) but in the meantime, I think they will both need one??

For strollers, we have the Bugaboo DONKEY2 coming which will be amazing to use for both kids as it comes with two seats. However, we also have the Bugaboo Bee currently … now, this only has one seat but I ended up picking up the Bugaboo comfort wheeled board that attaches on to the stroller for Leo to stand on, so hopefully, that will be good for quick trips to the mall or traveling!

I also ended up grabbing something that was more of a want than a need … and that’s the Mountain Buggy Bagrider! I thought this would come in really handy when we travel as we can haul Leo around on it, we won’t have to bring the double stroller, and it will be one less bag to check!! It’s certainly a travel hack if you ask me! LOL! 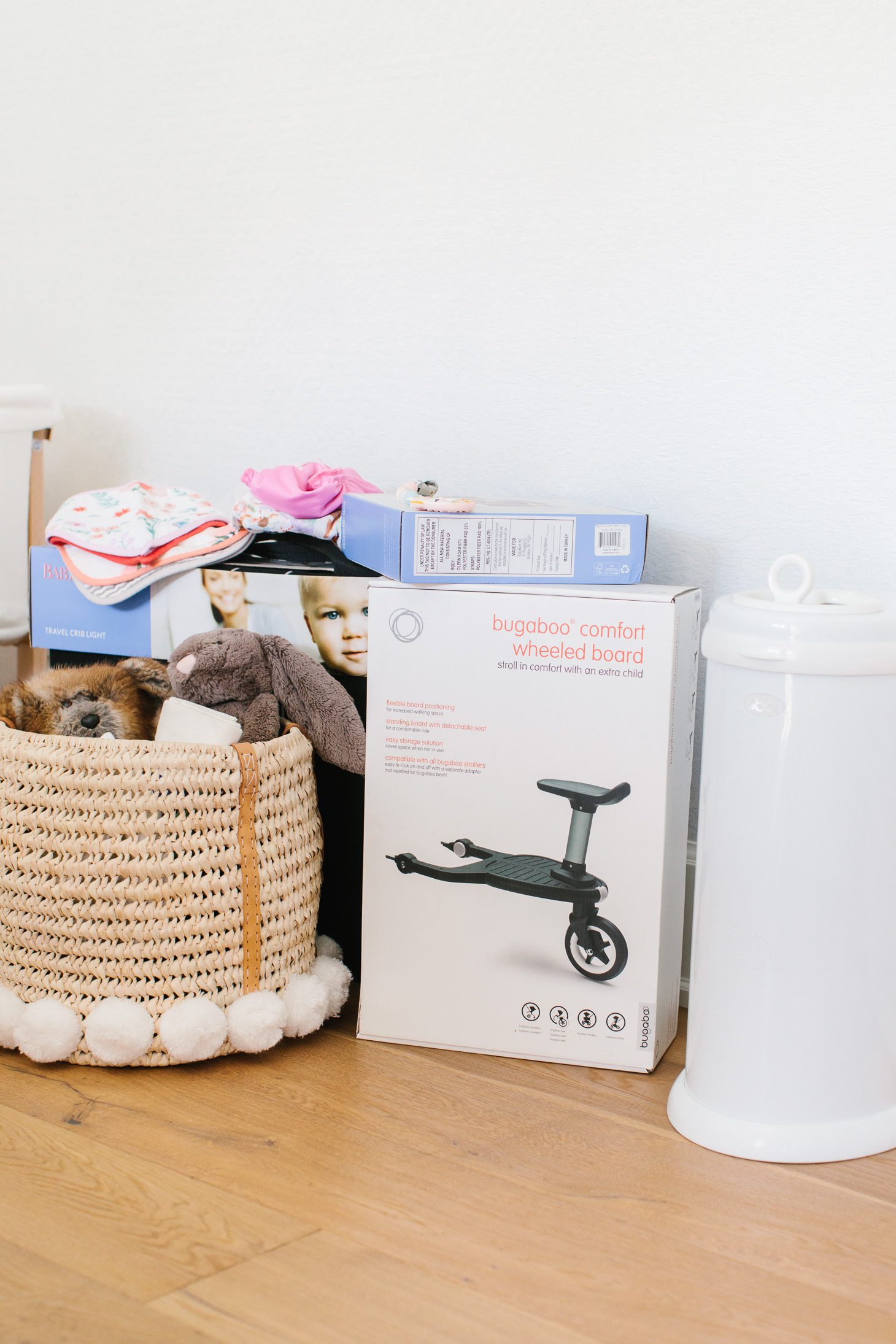 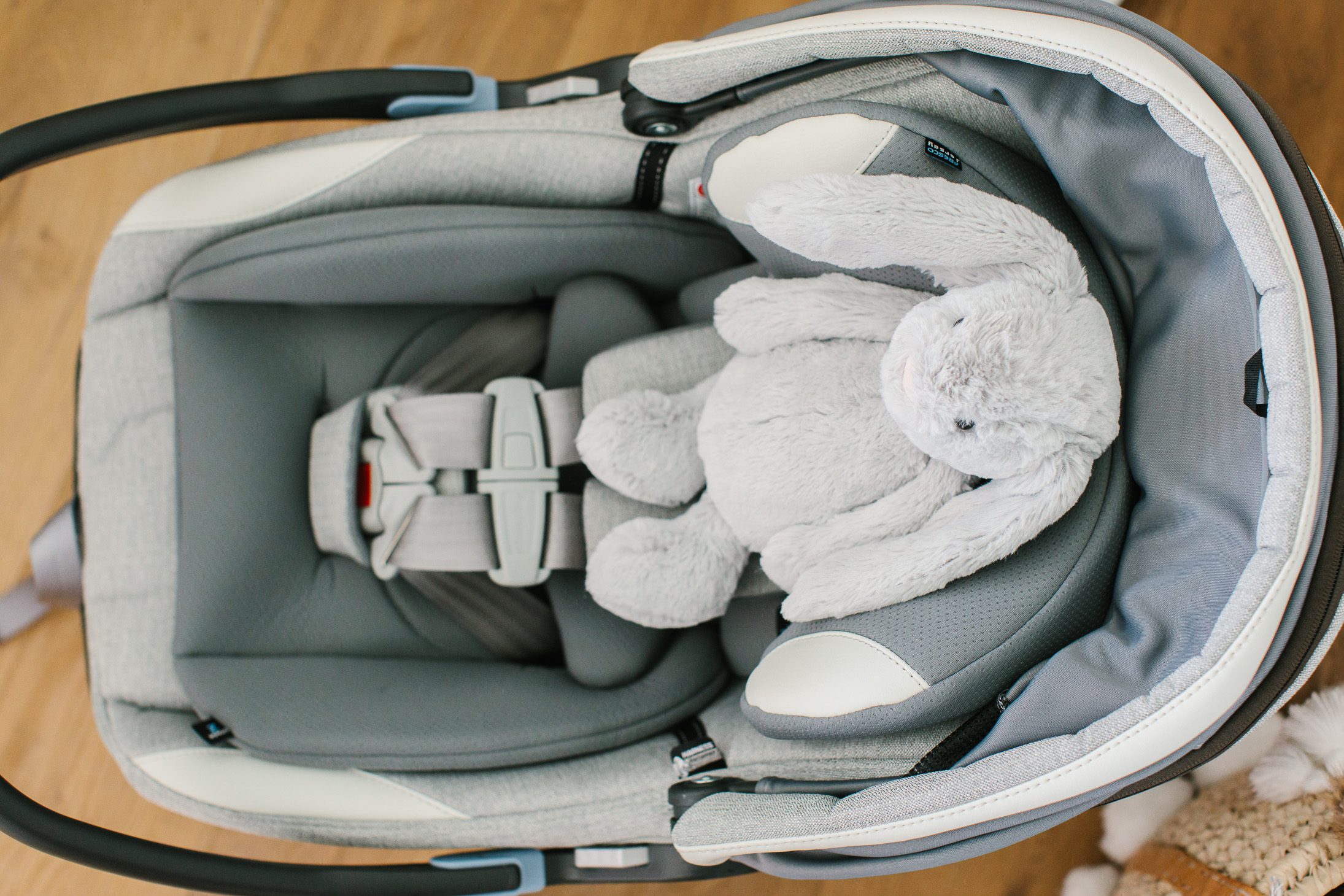 I  thought I would be using Leo’s car seat for our little one but when we were in WestCoast Kids they showed us Peg Perego’s new line with upgraded safety features so we decided to pick up a new one and we plan on passing along Leo’s to Mackenzie!! Yup, if you didn’t catch it on Instagram, Mackenzie (my photographer!), has just announced she is PREGNANT!!! So, you can well imagine who the next round of hand-me-downs will be making their way to!

Seeing as how both kids will be in diapers, we picked up a UBBI diaper pail for out little girls nursery, I absolutely love this diaper pail as you don’t have to buy specific bags to fit in the pail, you can use whatever you already have!! We also grabbed some things to use for cloth diapers as I really want to try this out … but I’m not sure how it will go so we’re prepared either way! LOL!

All of Leo’s bibs that we had previously were trashed … I have no idea how some of you mamas out there keep them so clean!! So we picked up a few new ones along with some new sleepers as we gave almost all of Leo’s away. 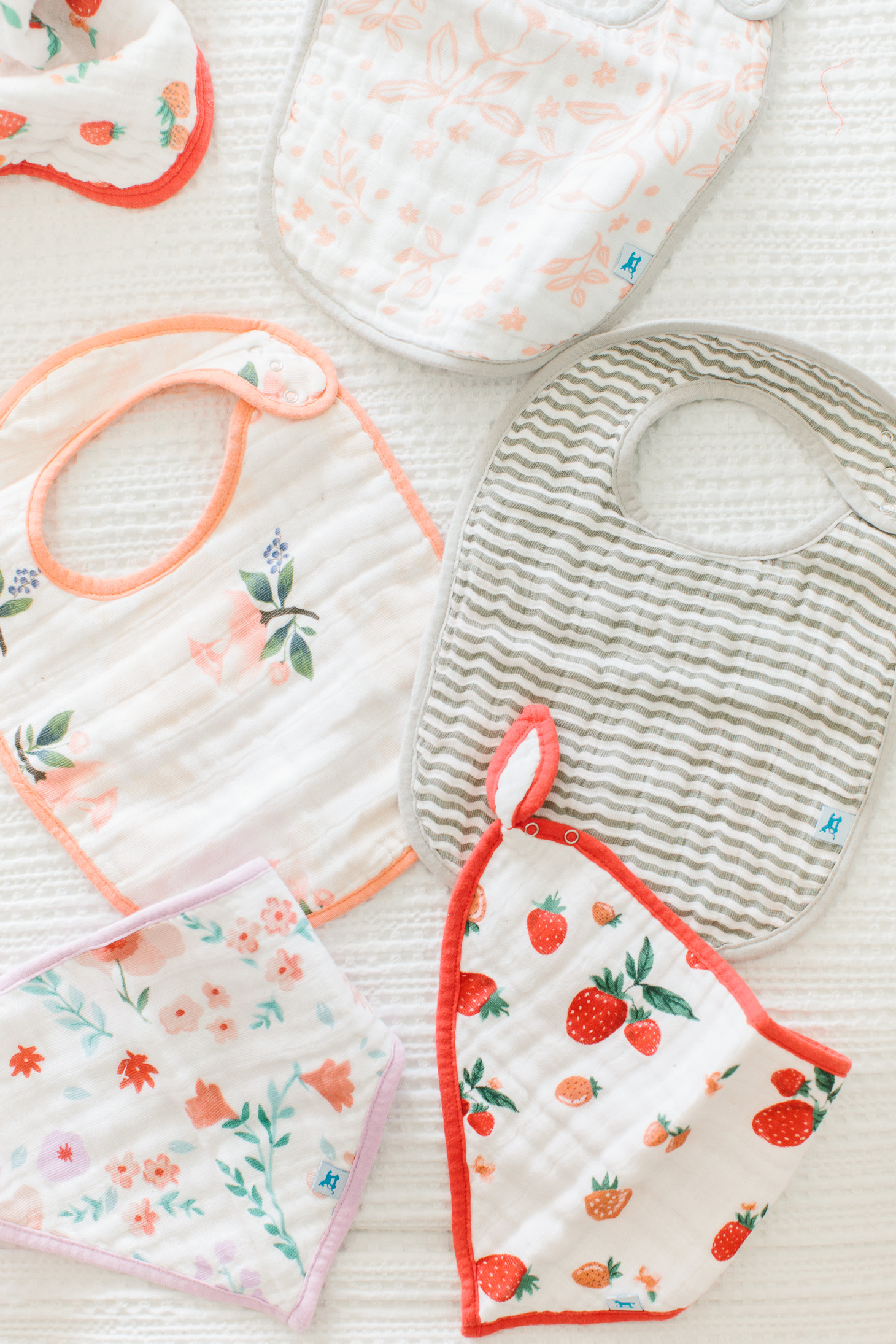 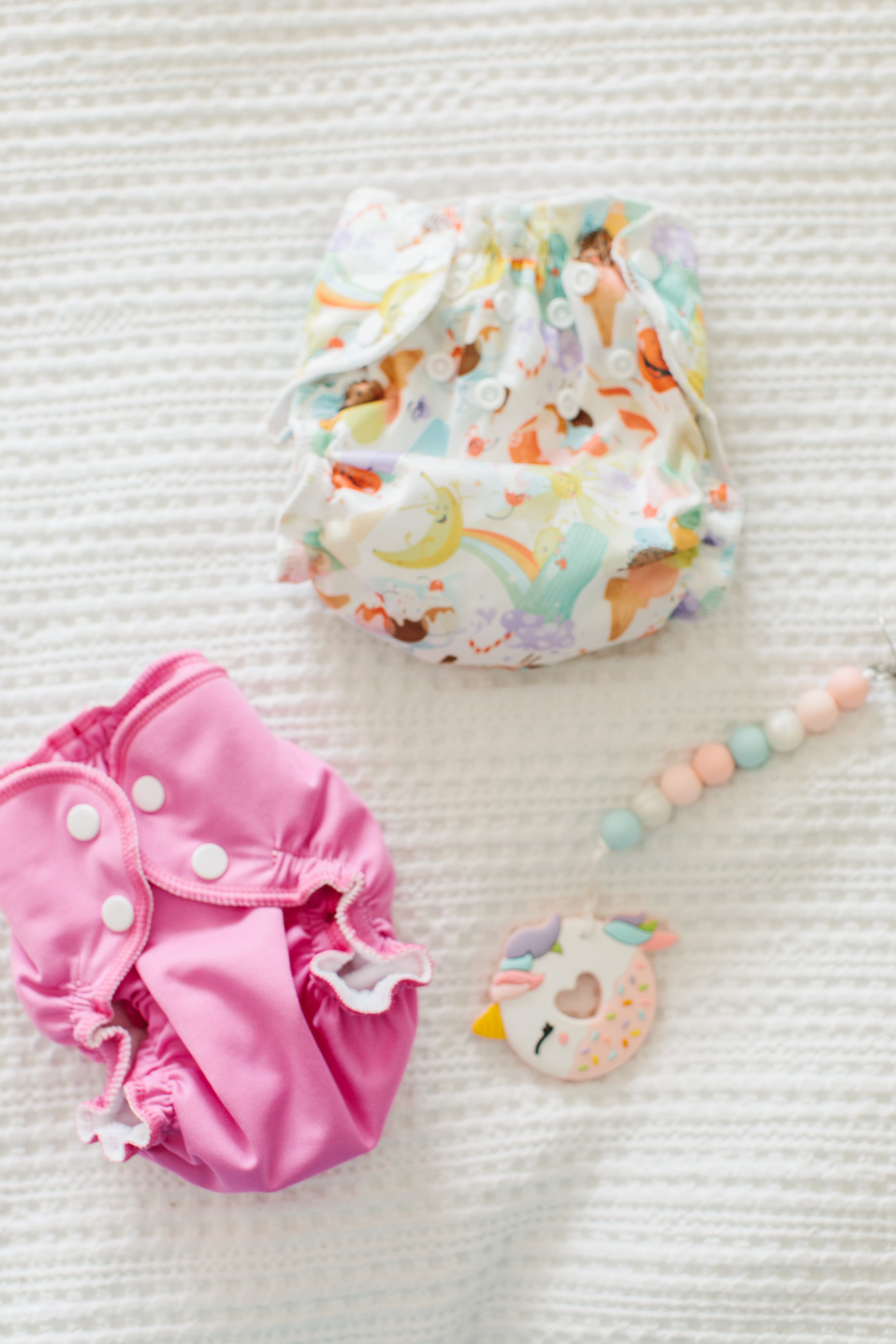 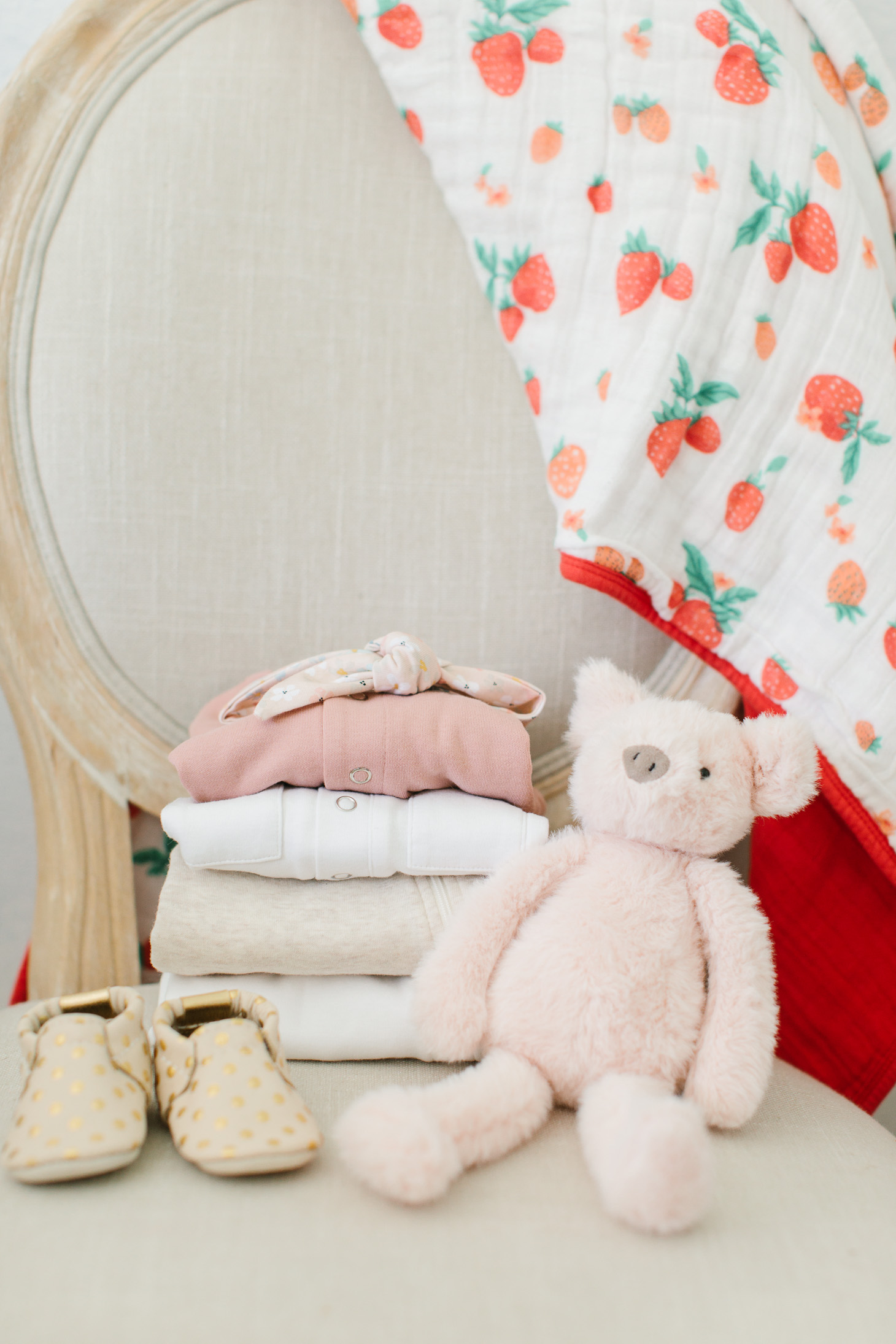 Little Unicorn, Loulou Lollipop, Aden & Anais, and Lulujo blankets are my favourite baby blanket brands, hands down. These make for the PERFECT baby shower gifts! We had the XO one from Lulujo for Leo when he was first born and we also have the Aden & Anais dream blanket from when he was born and he still uses it! They just seem to get softer and softer in time so we thought it was only fair that they both have these … and not to mention, I want to bring baby girl home in the same XO blankie as we did with Leo. I also picked up the most adorable flamingo and strawberry blanket from Little Unicorn for our baby girl, along with the cutest unicorn doughnut teether from Loulou Lollipop.

Since we stocked up on multiple items for the baby girl, we felt as though Leo should get a couple of things as well, so we got him a new pair of Sorel boots for winter and a brand new bunny from JellyCat! 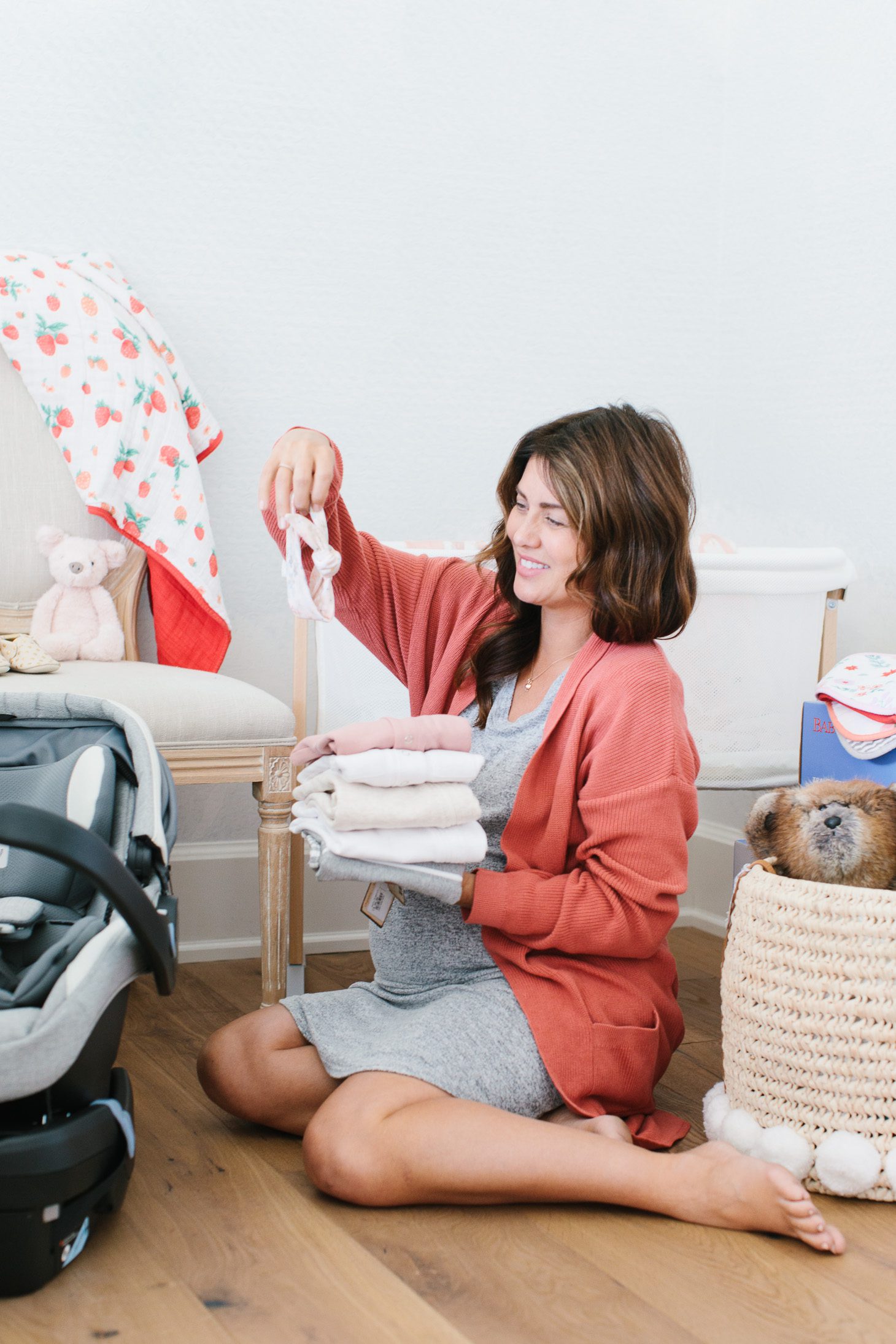 On another note, my furniture for the nursery STILL hasn’t arrived which enforces why it’s so amazing to shop locally … I’m sure had I ordered it from WestCoastKids that everything would have been here by now and baby girls nursery probably would have been set up! LOL! But until I get all of the furniture … I’ll be storing things all over her room for now!

So, between the last minute haul and what we have leftover from Leo, I think we are MORE than set now based on my idea of being super minimalistic with baby number two! Which I can fully admit … I failed at!! LOL! We honestly shouldn’t be short on anything at this point which gives me a lot of relief considering baby is just weeks away!

Thank you WestCoastKids for sponsoring this post. All comments and opinions are my own.