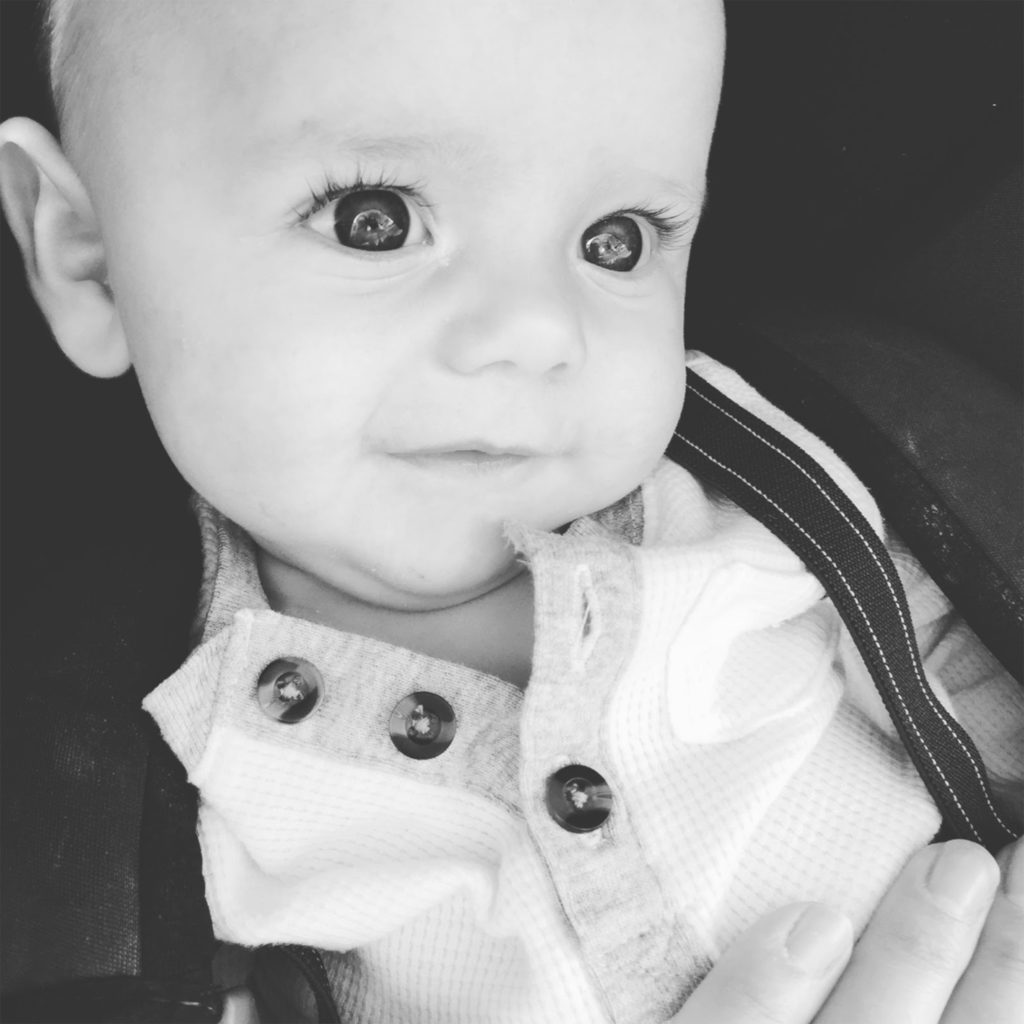 “Sorry what?! SMA—I know it, I look after kids with SMA. They are alive, they are teenagers, they just need wheelchairs, they can’t walk, but they made their first birthdays, and then some.” Little did I know that SMA Type 1 is a totally different ball game than Type 2. Type 1 is the most severe form of SMA, and given how early Lewiston was showing signs, there wasn’t much hope. There was no treatment at the time and no cure. I am sharing this blog today to highlight the importance of SMA Awareness.

I crumbled, there, in that dark hospital room, the blinds shut, the machines still beeping and buzzing, that depressing moment—I crumbled. I could barely breathe. Every ounce of hope we had, every belief that we were going to be okay, was just robbed from us. I lay on the floor and sobbed. Our son was dying and wouldn’t make it to his first birthday. We were just waiting on a blood test to have it confirmed and printed on a piece of paper to make it official. It was just going to be a waiting game for death. In that moment, there was darkness. No light, just utter cold and lonely darkness.  {An excerpt from my book Bring the Joy.}

Back in August 2020, four years later from that very dark day.  The darkness has lifted, light has flooded our lives, and we are standing strong. In fact, our son Lewsiton did pass like the doctors told us he would because there was no treatment or cure. The disease of Spinal Muscular Atrophy – SMA for short –  robbed his body of life and movement. He passed away 3 days shy of his 6 month birthday in the Rotary Flames Hospice at Alberta Children’s Hospital. But today, in these 5 short, intervening years there is so much hope and light. There is now a very promising treatment that is presently available in Canada. And a new gene therapy that is about to be approved in Canada, (I say it will be approved because I am a glass half full kinda gal and you just got to believe in your gut that it will happen.)

Okay so who the heck am I and why are you reading this. I was asked to do a guest blog post for JH the Brand for SMA Awareness month. What a freaking honor to be able to talk about SMA and SMA Awareness. I am going to skip the typical bio – you can read it somewhere on my disaster of a personal website if you’re interested. This is what you might want to know…. My name is Jess. I am married to a dreamboat of a hubby who is known as Hot Ronnie and yes he really is that Hot. We are both small business owners, we have 3 kids (Lewiston up in heaven), and Calgary, Alberta is home. My hubby calls me a Gong show with a capital G. There are always projects on the go. My favourite thing about what I do is speaking on stages and sharing our story. I just wrote a book called “Bring the Joy”, which is about a boatload of crazy stupid and awesome things I have done and how I am living my dream. The brilliant tagline for the book  is “ how following the nudges of your heart leads to an abundant life.” Because you see, I’ve come to believe joy is possible, even when facing something as horrific as your son’s death. I believe we have these nudges that get put on our hearts, and when we respond to those nudges, the best parts of our lives unfold.

I was nudged to host a dance party instead of a pity party for my son’s birthday – I wanted to raise $10K for the Hospital and Hospice where he passed away to say thank you for the incredible care. We raised over $42K in one night and have continued to follow those nudges. To date, the Love for Lewiston Foundation has raised over $840,000 to help families across Canada with SMA and to invest back in critical research to change the landscape of this horrible disease.  My life has been entwined with SMA since 2007. I was first introduced to the disease when I was nudged to help the family of Ishan and Shanaya (both of whom have SMA 2) in 2007. They were 4 and 6 at the time – Ishan is now in college and Shanaya will be entering her last year of high school in September.

I had no idea what SMA was – it was not a familiar term like cancer or diabetes. So what the heck is it? Spinal muscular atrophy (SMA) is a disease that deteriorates physical strength by affecting the motor nerve cells in the spinal cord. This weakening causes the increasing debilitating ability to walk, eat, and eventually, breathe. (I am no genetic expert but this is the simplest description for those reading this post.)

SMA is the number one genetic cause of death for infants. The degenerative neurological disease is caused by a mutation in the survival motor neuron gene 1 (SMN1). In an unaffected person, this gene produces a protein that is critical to the function of the nerves that control our muscles. Without the SMN1 gene, those nerve cells cannot properly function and eventually atrophy, leading to extremely life-altering and oftentimes, fatal muscle weakness.

SMA can affect any race or gender. In order for a child to be born with Spinal Muscular Atrophy, both parents must be carriers of SMA. When both parents are a carrier their child has a 1 in 4 chance of being born with SMA. However, we have had a case in Canada where this is not true and only one parent is a carrier. Individuals with SMA have difficulty performing the basic functions of life, like toileting, eating, drinking, speaking, breathing, and swallowing. However, SMA does not affect a person’s ability to think, learn, and build relationships with others. In fact, individuals with SMA are often seen as having high intelligence and problem-solving abilities.

There are currently three FDA-approved treatments in the United States including Spinraza, Zolgensma, and Risdiplam, but only one Health Canada-approved treatment, Spinraza, for those under the age of 12. The SMA community, along with Love for Lewiston, are advocating to have the other two treatments available to Canadian citizens as well.

You may have seen or read about all of the different babies across Canada who are desperately seeking Zolgensma which is a one-time Gene therapy treatment. It is not a cure but the closest thing to it. The cost of this drug is still being determined in Canada but the families of 2 babies here have raised over $2.8 Million to purchase it directly and have been granted special access to receive it even though it is not yet formally registered. Jill posted about sweet baby Lucy and Kaysen and their fight for this drug. There are still several other babies continuing to raise funds to be able to purchase Zolgensma – all are linked here.

There is so much work to be done in the SMA community and in regards to SMA Awareness. And well, we want to do it all – I wish I had the funds of Oprah. The Love for Lewiston Foundation has focused on stepping up for the community in the most practical way. Lewiston was never able to leave the hospital again because the care and help he needed wasn’t available at the time. So we lived as a family in the Hospice. Our hope is to ensure families are able to live in their homes and to give their children the best life possible. We focus on helping fund therapies, and medical equipment like ramps, wheelchairs, and accessible vehicles to make life more accessible, with the hope of alleviating some of the heavy financial burden that these items incur and that are not covered by the government.

We also fund critical research to implement NewBorn Screening so that these babies do not go undetected. Ontario just implemented NBS to include testing for SMA and Alberta is soon to follow suit. LFL raised $250,000 for the $500,0000 Pilot Project.  We believe that if babies can get diagnosed at birth the outcome for their life is drastically improved and full of hope.

How can you help with SMA Awareness?

We have used the pain of losing our son as rocket fuel to help change the face of this horrible disease. Together with you and dollar by dollar, we can provide hope and change the outcome for families across Canada and bring more SMA Awareness. A massive thank you for reading a little bit about SMA.  With all the joy in the world. Jess & the LFL Crew 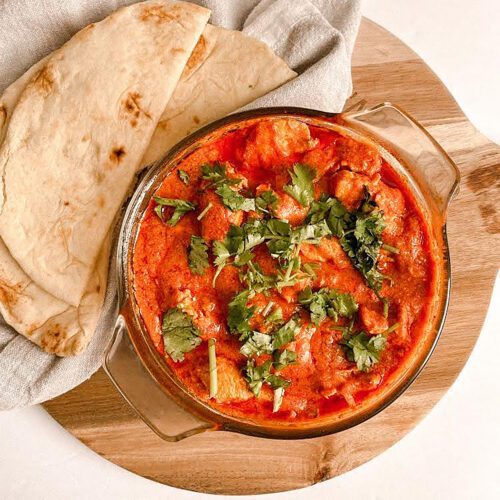 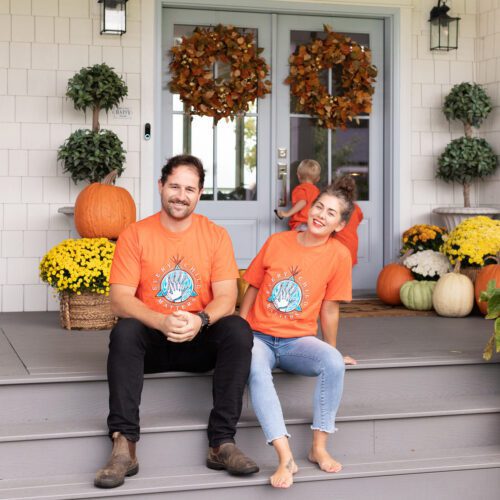 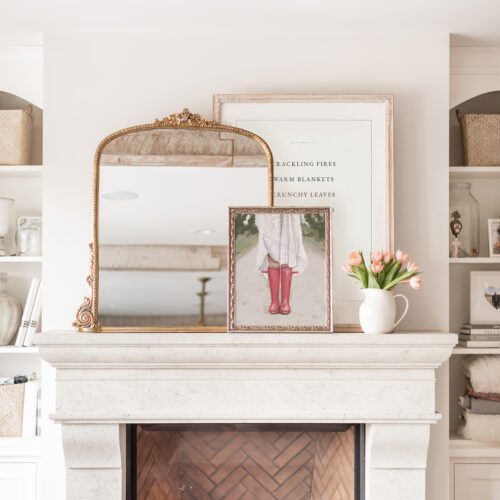