WAHOOOO the Bachelorette is BACK!!! Is it just me or did this season totally sneak up on me?? Either way, I am SO excited to watch JoJo on this crazy journey to find love. I honestly feel like Jojo is going to be the best bachelor in history. I was so obsessed with her last night … I couldn’t get over how present and articulate she was with every guy. She’s cute and seems to have a great sense of humour. She puts up with the guys sh*t and knows how to deal with everything without any drama. And can we talk about her BOD … her HAIR … her personality … her style … she is the COMPLETE package!!! I was blown away watching her last night and I can’t wait to watch her all season long …

Uhmmmm is it just me or are they all super HOT this season!!! WOW Bachelor franchise you did an AMAZING JOB at picking JoJo her future husbands to choose from. This is going to be a great season to watch!!! I can’t wait to get to know the guys better and be able to give you more insight on who I like and who I think is right for Jo Jo.

Every season I get more and more impressed with the way the Bachelor franchise works and the way they get you hooked. They are SO good at positioning the men the first night so that we fall in love with a few and then get shocked with their actions down the road. Take Jordan for example … he was Jojo’s (and my favourite) after the first night and got the first impression rose. BUT … I have a feeling he is going to stir up a lot of sh*t this season. Did anyone else think that he reminded you of Shawn Booth!?!? That hair … and personality …. not to mention that first kiss …. WOW!!!!!! They really made it seem like there was a definite split this season. They made the true gentlemen that are on this to find love really stand out … or so we think!!!

I try not to pay attention to the previews because they always make everything seem waaaay more dramatic than it actually is … did you notice how they’re already trying to get us to not like Chad?? And maybe we won’t like Jordan as much as we think we do?? I will hold my opinions on that until it actually unfolds. I guess we’ll see what happens!! 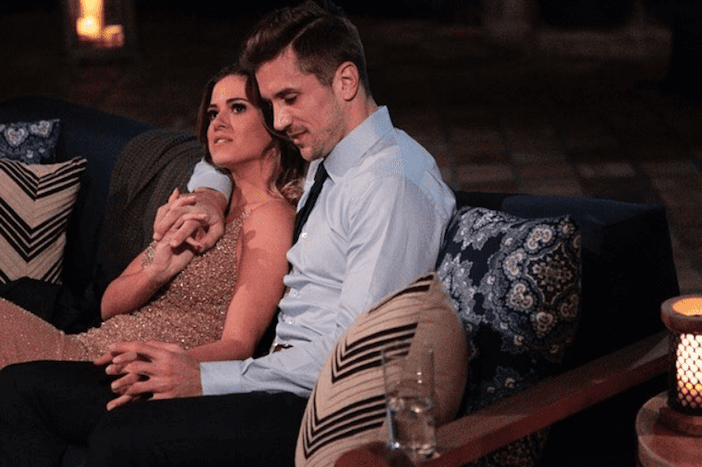 And it wouldn’t be the first episode without a few people getting a litttttttle bit too drunk and someone going swimming. It’s just a shame it was the Canadian lol!!!! And NO … poking peoples belly buttons is NOT a Canadian thing … it’s a drunk Daniel thing.

I know that I’ve said this before … they don’t force the guys to drink BUT …  the alcohol is there … the entire evening takes more than 12 hours… they’re in a really awkward situation, they don’t know anyone, they don’t have have a phone and I can see why they get carried away!!! There’s NOTHING else to do!!! On my season with Jason, I remember waking up in the morning and not remembering that I got a rose cause you’re just so f*cked up mentally and physically. I didn’t get wasted but I was dipping into the alcohol and was SO exhausted after the long day .. you start to lose your mind!!

When I was live tweeting and on Facebook last night a few of you asked me the same question … “Why does she keep some of the crazies?”. Speaking from experience … I could’ve gone down to the final 5 after the first night. But you HAVE to keep some of them and why keep the boring ones?? It makes sense to keep the ones that are little bit more dramatic to make the season more interesting. And it makes for a better TV show!!! 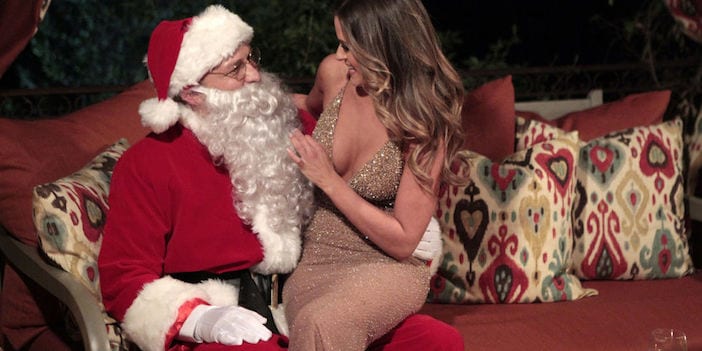 My front runners (in no particular order):

Jordan – after that kiss … he swept both JoJo and me off our feet lol
Luke – is growing on me already … I didn’t like him at first, but now I do
James T – him and his guitar are SO cute … but I don’t think he will be the one for her
Ali – so hot and cool but also so awkward at the same time … I hope he figures it out. But I don’t think he’s the one
Derek – He’s nerdy but really cute
Chad – he’s already getting a little intense and is definitely the “bad boy” I have a feeling she might fall for him …

I can’t finish this blog without talking about JoJo’s dress … this was BY FAR the nicest dress in bachelor history. I TRIED my best to find some similar for you … and the rest of her outfits from last night

Tagged in:
ABC, bachelor, the bachelorette