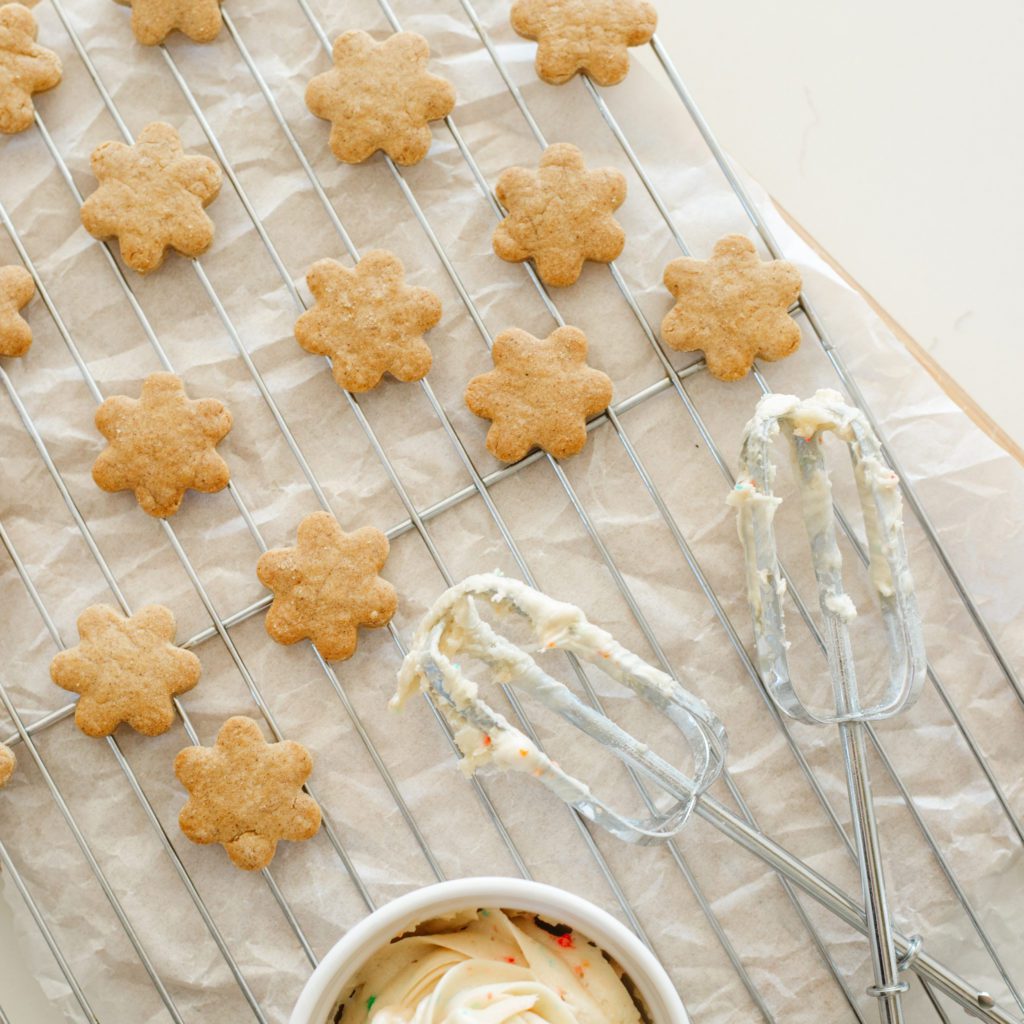 I am so excited to be back on the blog sharing another Vegan recipe. It feels cool to be back here knowing that a few more of you might recognize me after my takeover on the @JHtheBrand Instagram stories last month. If you don’t know who I am, you can watch the takeover where I made Vegan Crunch Wraps, here, or my Vegan Crab Cake recipe here.

I am so excited to be back on the blog sharing another Vegan recipe. This time around, I wanted to share a recipe that is will excite your kids or whisk you back to your childhood. This homemade Vegan Dunk’aroo copycat recipe is incredibly easy to make and it contains relatively few ingredients that can be found in your average grocery store! If you have never tried them, this was currency in Elementary School, if you had Dunkaroos in your lunch, everyone wanted to be your friend and it was great currency for trades. Those blue single-use plastic containers with a small divider built-in for the icing are iconic. These treats came in different flavours but the funfetti variety is classic and it guaranteed smiles as you peered into your lunch kit.

Not only did I want to make a homemade version of the original, but I also wanted to make it vegan. To do so, I looked up the ingredients of the originals online. To my surprise, I couldn’t even go off the ingredients list to figure out what the base was because the ingredients list was FULL of chemicals and ingredients that are hard to pronounce. I went to the store and purchased some vegan yogurt to use as a base and the experimenting began. For those of you looking for a gluten-free option, it is easy to sub gluten-free flour for the cookie dough portion but I am still working on a gluten-free version of the funfetti icing.

•    Omit cinnamon from the cookie dough recipe and replace it with ½ tsp cocoa powder.

•    Add Oreo cookie crumbs to the icing until you have your desired consistency.

Thank you Jill for having me back on the blog, I love it here! I hope you like this recipe as much as you loved the other two! I can’t wait to hear what you think so drop a comment below or say hi over on Instagram! See you soon! xoxo