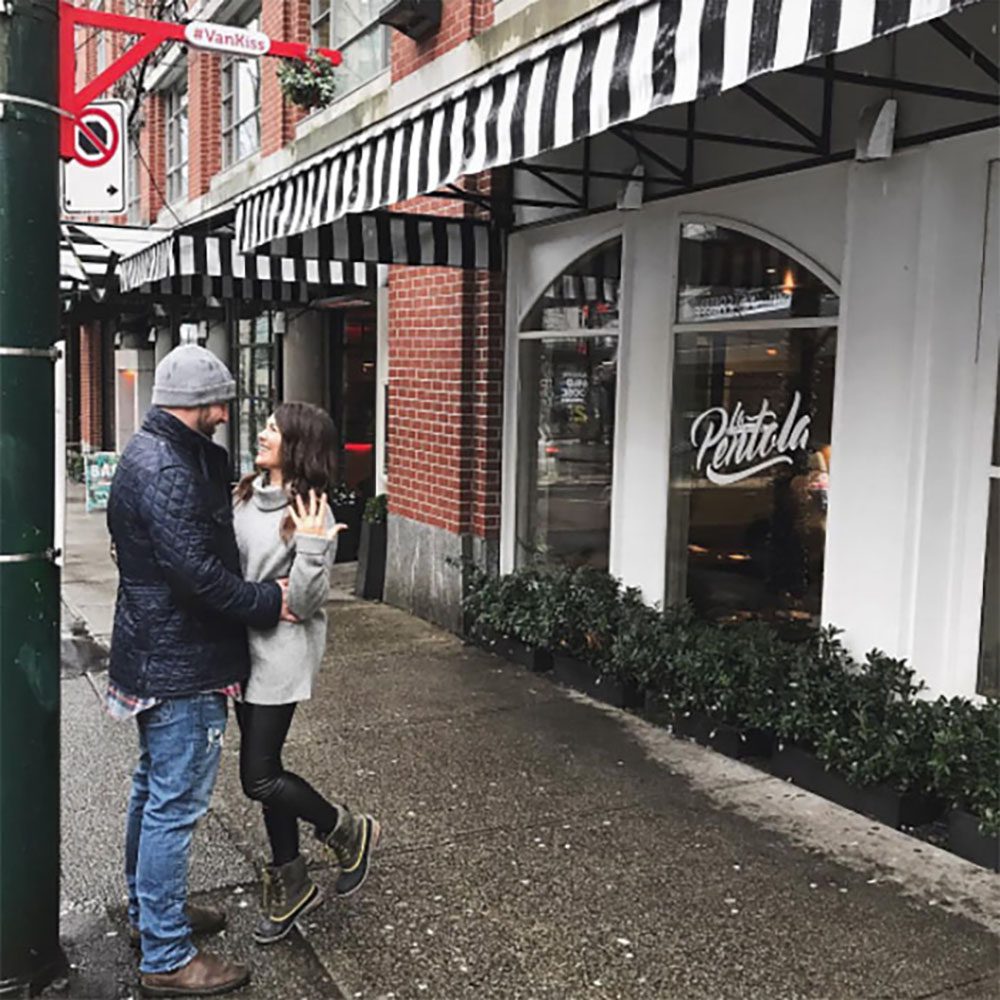 Our Engagement Story: Through My Eyes

How FAST did you click on this blog?! LOL!! I’ve had soooo many people asking me about our engagement since December and I ‘ve FINALLY found some time to share my version of our engagement with you!! For those of you who have seen tonight’s teasers of Jillian and Justin (sorry those of you in the States!!) it’s no secret that tonight you get to see the actual proposal UNFOLD!!!! Eeepp!!

This is another one of those situations (just like Leo’s birth!) that actually wasn’t meant for the TV! Justin told my mom and dad that he was going to propose to me on Christmas Eve and originally we were all supposed to be together that morning in the Okanagan but we had a change of plans and had to have Christmas in Vancouver with Justin’s Grandmother. Unfortunately, my parents weren’t able to make it to Vancouver so Justin was considering proposing to me on New Years or my birthday instead but then he realized this was something I’ve wanted on Christmas morning for SUCH a long time … and he was afraid that if a ring wasn’t under the tree for yet ANOTHER Christmas… I might just have a colossal holiday meltdown lol … So Justin told my parents that he WAS going to do it on Christmas morning (they, of course, said yes and were over the moon!!) My parents asked Justin to film the proposal so they could watch it later and that’s why he set up the Go-Pro in our room that morning.

I’ve seriously ALWAYS wanted to get engaged on Christmas morning and Justin always thought it was cheesy so the fact that he thought it was a silly idea I thought for SURE it wasn’t going to happen. Justin is the type of guy that beats to his own drum and generally when I tell him to do something he likes to do the opposite! LOL! It’s something that frustrates me sometimes but at the same time I love that quality about him, he knows what he wants and he doesn’t let others influence his decisions. Even though I knew Justin thought it was cheesy it didn’t stop me from pressuring him every single Christmas to do it!! Hell, I like to be stubborn too!!! LOL!! 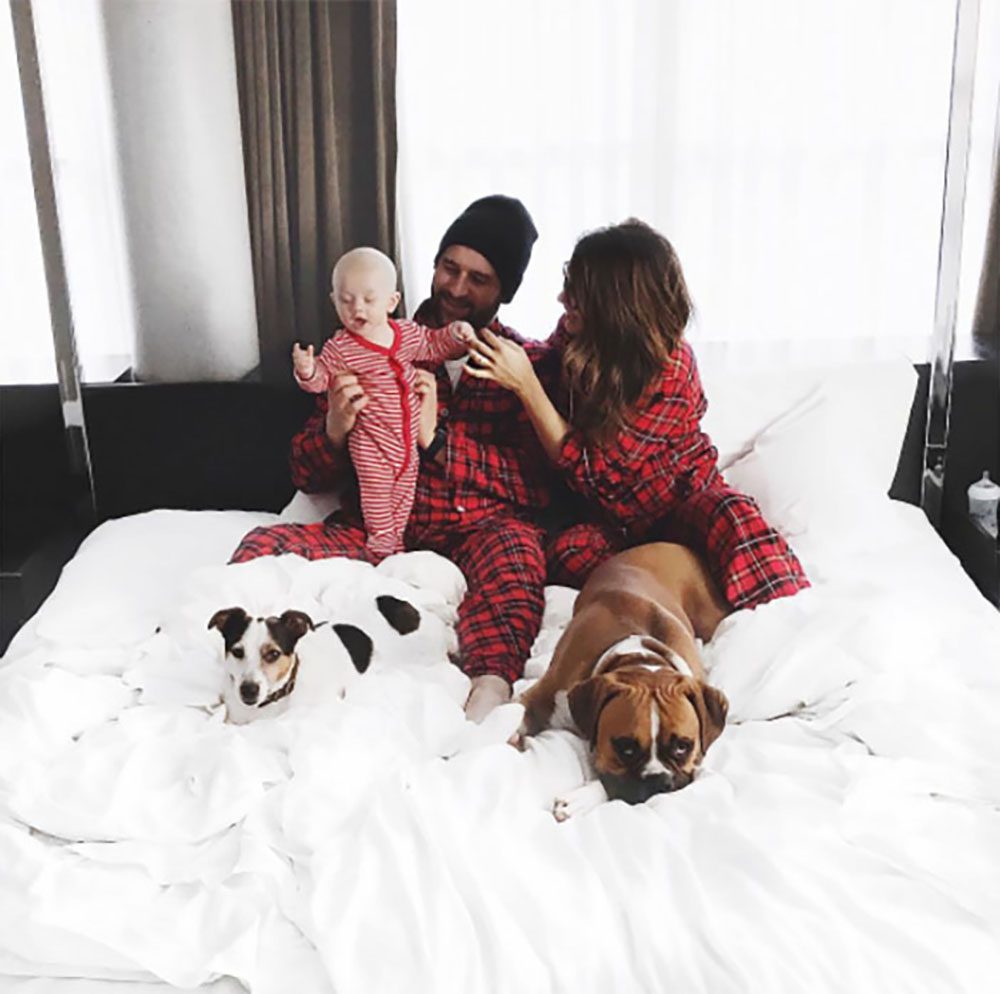 So fast forward to Christmas morning … I’m in bed and Justin is up roaming around the hotel room (which is strange in the first place because I’m ALWAYS the first one up!) … His original plan was to do it later that morning but I think he started getting nervous so he had the urge to do it RIGHT AWAY. The night before I had been sent some macaroons to the room and I wanted to take a photo of them the next morning so I left them on the table over night. Justin’s plan was that he would put the ring box in the macaroon box and then get me to open it up! Pretty easy task, right? Wrong. LOL!!

I was soaking up Christmas morning lying in my tank and ginch (LOL I love that word) and Justin started becoming obsessed with my damn macaroons … he kept asking me to come out and get my photo of the macaroons and I kept telling him no because the lighting wasn’t right … the lighting in the room at that time was so yellow and just terrible for taking photos … he asked again and I shut him down … again.

Welp. He kept insisting he HAD to have this macaroon so I finally told him to just grab one and eat one but not to eat the pistachio one because those are my favourite. Again, shot down. Poor guy. LOL. So third times the charm right?? He asked if I could get him a macaroon … as I’m laying in bed thinking “WTF is his obsession with these damn macaroons?!” LOL … so I finally crawled my ass out of bed and grabbed the box … I mean it’s Christmas morning and all, if he wants me to get him a macaroon, I’ll get him a damn macaroon. So here I am …. sitting in my underwear on the couch and I open up the macaroon box to find a jewelry box … I STILL have not clued into what’s going on! I thought it was going to be a necklace or something for Christmas even though we said we weren’t doing gifts …

And then I opened the box … I just remember staring at the ring and being so confused and thinking it was a joke or that I was being punked … and then it hit me … HOLY SHIT … THIS IS HAPPENING. NOW. ON CHRISTMAS MORNING!!! HOLY F*CK!!!!! HE DID IT!!!! OMG OMG OMG … GET THE BABY, I’M NOT DRESSED, I LOOK LIKE A DISASTER, OMG HE IS PROPOSING, SAY YES SAY YES … WHERE’S THE BABY! LOL ….

The ring is EXACTLY what I wanted … it’s simple and classic with a moderate size diamond, I didn’t want anything too big and flashy! It’s from the same place Justin got my push gift from, Minichiello Jewellers in Vancouver. This was about the time I fully lost it … I was crying, swearing, laughing … I was in total shock and disbelief and I was so freaking HAPPY.

I honestly couldn’t believe that I had a ring on my finger that morning … I felt so ridiculously grateful for that whole year between purchasing our new home, having Leo and then THIS! OMG!!!

When I realized Justin had a camera up and caught all of this on tape I asked if he had done it for the network and that’s when he let me know that my mom and dad wanted him to record it so they could watch it. How flippin cute!! After enough begging from our producer, however, Justin and I ended up showing the footage to the network and immediately they wanted to use the footage and I instantly shut them down … and they kept asking (for MONTHS!) so I thought long and hard about it over and over and over and still, my answer was no. I had ALREADY been engaged on national television and wasn’t there going to be ONE thing that J and I could keep to ourselves????

Finally, the network convinced me to let them try using it in an episode and then they would show me to see what I thought … I wasn’t entirely sold on this but I thought I would let them try. So they added it to episode three and at first, they wanted to keep it a surprise for me but I really wanted to make sure it made sense to add and I was also weary about sharing this part of my life with everyone … once again.

And then I watched it … and holy shit. It was amazing. The tears started welling up in my eyes all over again and it was then that I realized that this was a missing link in our story and I thought, why the hell not? I’ve been so open about everything else in my life, why not let people see this as well?!

Like I said earlier, I always envisioned getting married on Christmas morning and while I thought it would be in our home, it was in a hotel … it was everything I dreamed of but nothing I had expected. It was perfect. 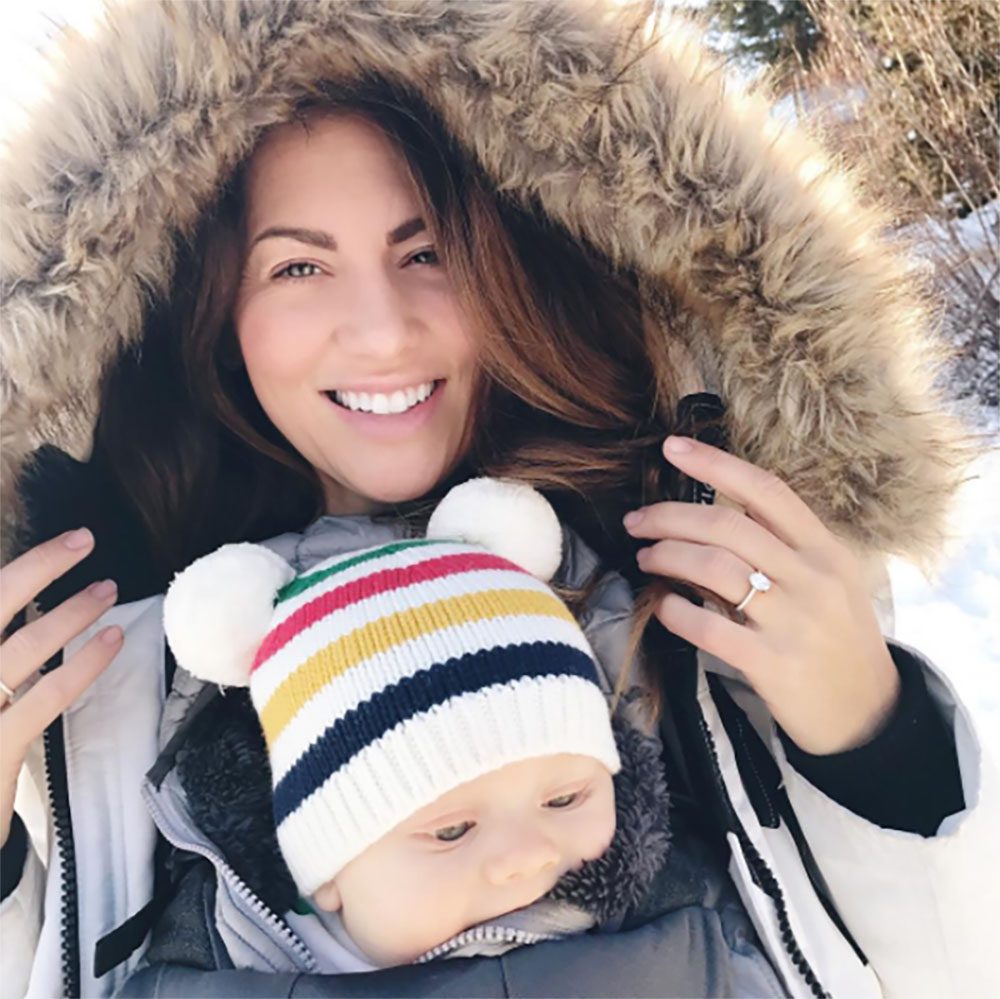 So now that I’ve shared that with you … you’re probably wondering “Ok … sooooo when’s the wedding?!” LOL! I read your mind, didn’t I? LOL! We’re actually considering getting married on our property but we want to get the landscaping done first and we’re also talking about baby number two soooo the wedding might just be pushed for a few years yet!

Make sure to tune into TONIGHT’S EPISODE of Jillian and Justin at 10pm on W Network to watch the proposal unfold!!!

Until then … I FREAKING LOVE YOU JUSTIN PASUTTO!!!!